The sheriff of Durango caught the outlaws and slung them in jail. At least that's the way we think of it. The name of the town conjures images of cowboys and the wild west. Indeed, it used to be just that. Kind of like Yuma and Deadwood. Many western movies were shot in Durango, Colorado and also the Mexican town of the same name. There's even a narrow gauge railroad named the Durango and Silverton which runs steam trains left over from the old Colorado mountain railroads, such as the Denver and Rio Grande Western. Okay, that's fine, but where does the name come from? 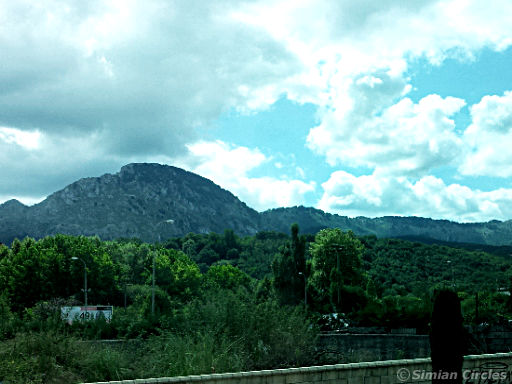 I did a search and was a bit, but pleasantly, surprised that Durango is not actually Spanish—it's Basque. I set out one morning intending to spend some hours in the town. Getting there from Pamplona is not straight forward, I had to get a bus to Bilbao then another to the town. That took up the morning. 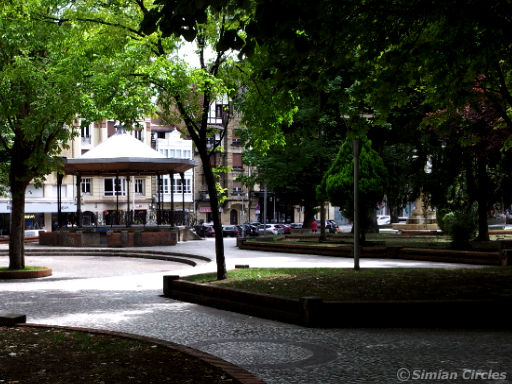 The town is not very big and as I wandered around it at first, was not sure what to think. The typical large modern buildings seemed to dominate the townscape with glimpses of mountains in between them. There are some smaller pueblos very nearby, but I wasn't interested in them. 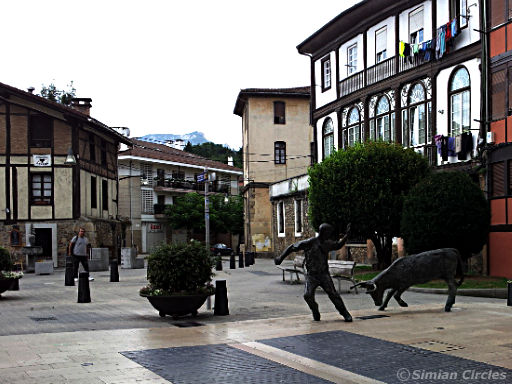 I suppose this means they have a mini Enceirro here.
After a while I found the older part of town. Unlike some other places I've run across, there was quite a lot of modernization of it, but then. that's more than likely to be expected. After all, Durango isn't really a tourist destination (thank goodness). 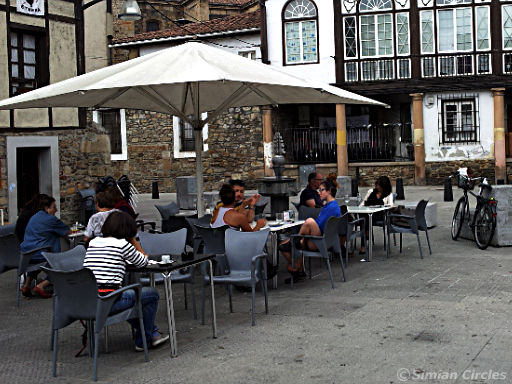 One of the problems of being in Spain, is the siesta. Everything, except supermarkets and a few bars, shuts down for the entire afternoon. Traveling to another place to write it up, means I usually end up there and the streets are deserted. Here was no exception.

In a nutshell, Durango is like most towns. People live, work and relax here. There are industrial areas on the outskirts and of course the Basque Mountains, which seem to be the main attraction. However, to reach them would be quite a walk snd I only had a few hours, it would take that just to reach them. Other than that, it was an afternoon out. I was there about 2 hours and returned to Bilbao to wait for the bus back to Pamplona. 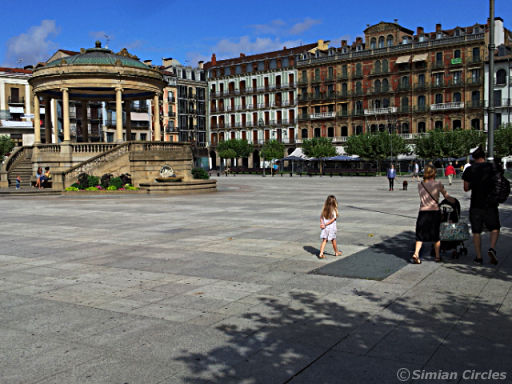 So where to next?
Aug 15, 2019
More posts from: The Basque Country
San Fermin 2022 A bit too long in Legarda Back on the road The last page is missing Pamplona without the leaves A festival and change of plans 3 hours in Artajona Durango Buses and a concrete artist Seven and then Faces of the San Fermin Walking Pamplona's City Walls 5 Tips for Surviving the San Fermin The Walls of Pamplona Bolivian Festival of the Virgin Urkupina Cold beer, silence and a water snake Olite in the afternoon Oronoz-Mugaire to Legasa by foot Narrow streets and ancient churches Two hours in Beasain San Martin in the mountains Sunday afternoon stroll San Fermin 2015 - Part II San Fermin 2015 - Part I The artist and the shopkeeper Pamplona's Old Town Festival Back to Basque A short stay in Pamplona