I began writing up my travel experiences over ten years ago. There were not all that many bloggers around doing such back then and some of us relate to each other. There are two things common to us all, a camera and laptop. Due to a spinal injury decades before, I cannot carry a heavy backpack. The heaviest item in mine has been my laptop. A few times that has been left at home and a tablet used in conjunction with a smartphone, to make things easier.

On average my laptops have weighed between 5 and 6 pounds, without their heavy protective cases. Finding a nice one that is a lot lighter has been a major hassle. A specially built Lenovo which could handle 50C heat, was semi tough and with the power box and cords weighed 6 pounds. I could carry it, but had to stop often to take the extra weight off my back. Long walks were not part of the equation and I gave it away to an NGO. A lighter HP one weighs 5 pounds but the keyboard is for the States and I'm not used to that. A short while ago I found something new.

This thing is light: 2.9 pounds, 12.5 inch screen, military spec—that's a major improvement. However it came with Windows 10, which has to be the worst OS Microsoft has ever made and I couldn't make my software work on it (I tried on another machine), like it does on Windows 7. I contacted the dealer to see if they would do me one without an operating system. They did and knocked 30 UKP off the price. 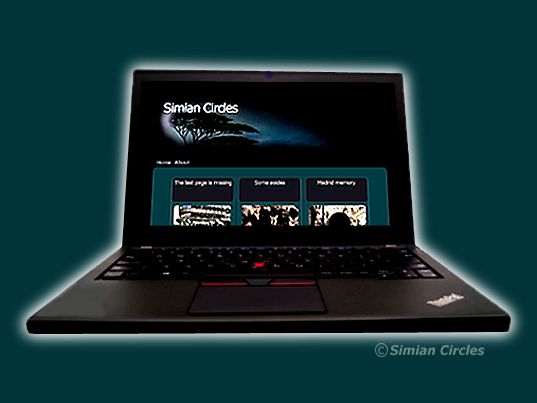 An older version, but had not been used.
A guy not far away from me did a good job of putting Windows 7 Pro on for me and it runs great. 32 Bit apps will function until 19 January 2038—I'll be dead by then. So my software now works and the whole thing, with a light sleeve for it, weighs 3 pounds 14 ounces.

A minor downside occurred when the charger stopped working (I didn't know it was false). Lenovo had warned me, years ago, not to buy from British dealers due to them messing about with the products (Dell warned me also). The charger was not a Lenovo one and I hoped it did not damage anything on the laptop. I found a genuine power supply and it works fine, is also smaller than the English fake.

A big plus is, I'm getting over 8 hours on the laptop from a full charge and that's off a little 3 cell battery.
More posts from: Other stuff
A strange dangling thing Periwinkles and butterflies Not the usual sort of thing Finally a lightweight laptop Some asides You're gonna love California About those ego travellers Unplanned and unwanted Those astonishing circumstances Sitting and staring King of traffic jams Finding things to do when you can't get on the road Water and bloom Stay home A winnowing in the offing Don't I wish Sometimes you just need a laugh The Kilmer connection About those Expats The Doors and Portals Just a little shakshuka Maybe it's time for a change Lord of the Rings, a Travelers Guide Graffiti to street art