This year marks the tenth anniversary of running this blog. As I sat in my studio going over the decade there was one place I had mentioned, but didn't really write down much about it. For the first twenty-one months travels were taken in England, nearly all those posts have been removed because it's one serious rip off and not worth the effort. In 2013 I got back on the road outside it. The one place I wanted to go was Madrid, Spain. It was there I took a wrong turn decades before and I decided to go back to the city. 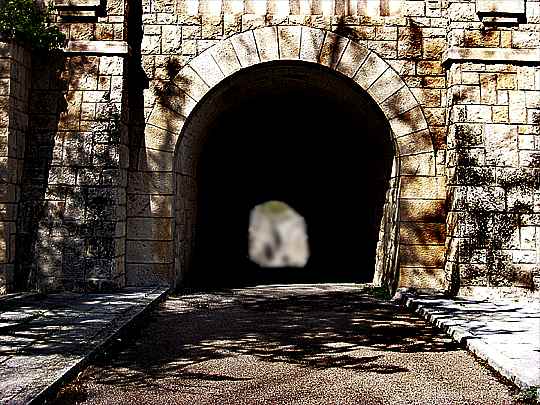 At first the memories were a bit hazy, but as I started to write this down they began to return. Travelling outside of England in summer is a very expensive proposition, so I had decided to wait until September. The plan was to begin in the north and head south. Enroute I discovered somewhere which I have returned to often. There are a number of ways to reach Madrid from Pamplona. Flying was far too expensive and the train a bit less, so I took the bus. It only cost 20 Euros and, oddly enough, was still the same price in 2019. With ticket in hand, I departed the Hostel Hemmingway and walked down Avenida de la Baja Navarra to Pamplona's intercity bus station, which is underground and easy to navigate. The journey would take a while and the vehicle was not very crowded, so I slept most of the way. 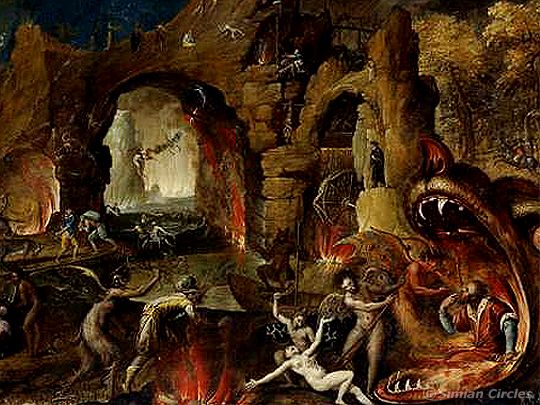 I barely awoke as we entered the usual mass of buildings and streets which normally occur in every large city. Soon afterwards, the bus went underground for a long way. There were all these rough, ugly, concrete pillars as we dodged various subterranean bits of Madrid. All it needed was fire and people screaming between the vertical supports to be a bit like Jacob van Swanenburg's painting of Hell. My imagination got the better of me, "Oh dear God, it was bad enough under Franco, what have they done to Madrid now?" Eventually we rose from the pits and entered the bus station. By then—I was most definitely awake.

The afternoon sun was a welcome relief as I walked out of the station. Stopping for a few moments, I took a short look around. A lot of areas have changed and it seemed like whole regions were bulldozed and sort of upgraded after Franco. I finally decided to grab the Metro to the suburb I wanted to go to. The Metro map is really good. There was a map of the city with the metro lines overlaying it. Why don't London and Paris do this instead of their pathetic graphics leaving you without any idea of where you are. Once on the platform the one thing I noticed most was the noise. Madrid's Metro is extremely noisey, but inside the train was okay. Each station had a small notice so you knew exactly where you were and which station was next. What a great idea.

It took a while before I exited the station I wanted to go to. Here was where my old friend Phil used to live. He was the USAF Chaplain who told me to, 'pack my little ditty bag and hit the road', back in 1963 (Five years later I did just that). The area had changed a lot. Now there were apartment buildings, instead of nice little villas. Crime was rampant. I saw addicts needles and trash all over the area I stopped in. Sitting there on a bench in sort of dirty little park, I remembered what was done. It was here that I made a wrong decision which affected my whole life. Had a different choice happened, you would not be reading this blog. However, it did happen and there's nothing I can do about it now. I grieved for a short while, got up wondering what to do next.

A short wander around and something very strange happened. I was heading toward this road which had a big sort of fence on the other side and a lot of crows began making a very loud noise when I began to turn left. I was the only one there. Doing an about face, the same thing happened. It was like a warning. I walked back down the street I was originally on and tried some other roads, again the crows. The next block I started to turn right and the birds started even louder, so I turned around, crossed the street and stopped. No noise. A few steps forward, no bird calls. This particular street headed due south. The direction I had headed all those years ago. Maybe back then there were some warnings, but I didn't realize it. Since the bird noise thing, I have always stopped to turn on my sixth sense and every time it has proven correct.

For a few hours I wandered about, noticing the many changes in the city. Some areas were still lthe same, others had seen a lot of rebuilding. It was well into the evening when I took the Metro back to the bus station, enroute the thought of going to Seville entered my mind. I went to the ticket window where I learned that only one bus per day goes there and it had left 20 minutes before. I was stuck in Madrid for the next 23 hours and 40 minutes. First visions of Hell and now this, what else is going to happen?

The sun was beginning to set and I needed somewhere to stay. A quick search yielded this hostel that claimed to be Madrid's best and prices not too bad, so headed there. Oh yes they had beds, but required I pay cash (which I always do) plus leave my cash card with them—Whoa! I had heard of this kind of scam, told them and about 10 kids in line so, then I and some others walked out. What happens is all these backpackers leave their cards and later find $10 dollars here, $20 there, appearing on their statement months later. Never leave your card with anyone!

About a quarter mile from the bus station I found a place to stay in this little, but nice hotel. The clerk there used to have a big travel agency in Madrid until a recession hit and here he was a night clerk in a budget hotel. I felt kinda sorry for him. Once roomed up, I went out for a walk.

The evening was warm and at one stage I found a small bar, next to a green area, with people sitting outside. I began to enjoy a beer and noticed this one guy standing a little way off on his phone. A number of calls came and I began a chat with him. He was a professor (of Sociology, if I remember right) at the main university in Madrid and a special unit had been set up to assist people who were being racially abused. This was a new thing there and for the past 3 years had been increasing. Several advisors took turns to handle the calls, he was one of them. Somewhere around 11pm I was back at the hotel for a night's sleep.

I had to leave the hotel by 10am and just spent some time in the station plus wandered around outside to kill the boredom. The bus to Seville did not leave until late evening.

Finally I boarded it, sat down and slept the journey.
More posts from: Spain
Madrid memory Reaching Pamplona differently Couple of days in Seville