Normally I am not one to let outside things hold me back from being on the road. Heck, I've been doing that most of my life. Sitting quietly on my balcony, watching the same old stuff go by is about as boring as it can get. The sky was grey and the ground wet, but the thought came, I'm going to have to get used to this for a while, like it or not. 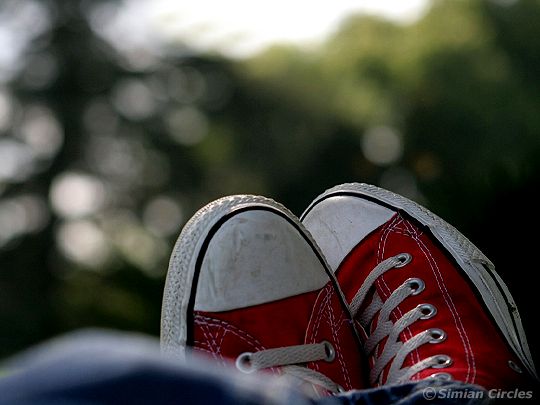 Later on I was hacking out some code for an addition to my blog software and that thought returned. The Covid-19 Virus is bad enough, without all the mainstream media (MSM) blowing it way out of proportion, like they always do. Many countries have now put restrictions in place, including the UK, where I live. I think that is the right decision, media or no. If it was airborne, then it wouldn't matter, you just take your chances, like the Hong Kong flu I survived all those years ago (even though I wasn't aware of it until it hit me). In reality, Hong Kong flu was much worse and left a huge death toll in it's wake, around a million died (33800 in USA alone), that means approximately 50 million had HK Flu globally—Covid-19 isn't even close.

However, this one is different and physical contact is the spreader. That means all you people who think you can go jump on a plane to visit somewhere, so you can write about it on your blog, are just plain stupid. So, stay home and stop your selfish idiocy!

It looks like this has a 3 month critical window and has peaked in China. Because it is not airborne, means it does not weaken as it moves around the world. Hong Kong flu did exactly that, it did less damage in Europe than it did in the USA. Apparently it is now Europe's turn to ride out Covid-19 until it peaks on this side of the planet.

One of the main media here spat out a statement about the infections exceeding the number of China cases. Of course they will you ignorant nitwits, because the world is a lot bigger than China. This is the typical sensationalistic garbage that the MSM is locked into as they try to control the minds of people so that further panic takes place and they can write more rubbish.

Just chill until it's past. I'm writing code instead of blog posts and will continue to stay in shape as best as possible. There are plenty of movies to watch online (just spent a week watching The Hobbit and The Lord of the Rings). My son gave me a DVD of The Revenant, so may watch that again and probably read a few books.

It looks like many of us travel bloggers will be off the road for quite a long time. This means finding something else to do with ourselves. I'm retired, so finding money to live on is not the problem, a lot of you will have to rethink your income.

Another aspect to this is that barbers and hairdressers are closed. We're gonna have long hair and look like a bunch of hippies :D

As for me, it looks like taking on a hobby to keep myself occupied.

PS: I will do my traditional Spring post here though.

I suggest you do something similar
More posts from: Other stuff
Periwinkles and butterflies Not the usual sort of thing Finally a lightweight laptop Some asides You're gonna love California About those ego travellers Unplanned and unwanted Those astonishing circumstances Sitting and staring King of traffic jams Finding things to do when you can't get on the road Water and bloom Stay home A winnowing in the offing Don't I wish Sometimes you just need a laugh The Kilmer connection About those Expats The Doors and Portals Just a little shakshuka Maybe it's time for a change Lord of the Rings, a Travelers Guide Graffiti to street art