The Costa Brava is one of those places I usually give a miss. Mile upon mile of package holiday beaches and a whole bunch of de Mars. My friend Catalán liked to get out and stroll the beaches. One day we all bundled into the car and drove, a fair way, to a town that was quite different. 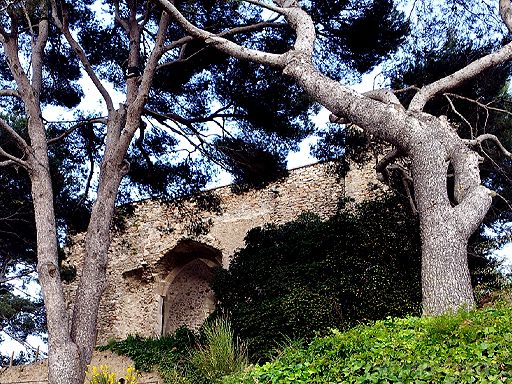 Only the central portion was visited and once at the beach I realized we had entered a rather nice place. Tossa de Mar sits back in a little bay. The beach here is smaller than most and off to the right, these walls. There weren't a lot of people there, in comparison to some of the other towns in the area.

The old town is completely walled and has been there since the 14th century. People live in it as well as the usual tourist venues. There is even a Medieval hospital, along with the usual church etc.

Catalán and his wife rode a little tourist "train" up into the old walled town. I walked up to it so that some photo's could be taken. It was the only place I really took some shots, because it is so unique.

While they still were up there, I returned to the main shorefront and sat down with a beer to await them. A waitress who worked there lived in the old town. Eventually they returned and we sat for a while soaking it all in. Neither of them had been here before, so it was as new to them as to me. 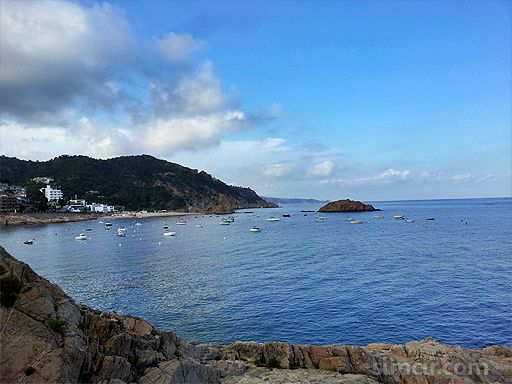 There appeared to be small boutique hotels and a lot of restaurants etc. Tossa de Mar is not cheap like the rest of the Costa Brava, you'll need a bit of money to take a break here. The main town itself is quite nice with quite a few expensive shops. Nearby is a Roman ruin, if you like that sort of thing.

It was a nice afternoon out and we arrived back at their home after dark. The next day I returned to Pamplona.
More posts from: Catalonia
Tossa de Mar