A short stay in Pamplona

I had spent the summer doing a lot of hiking and getting in shape. The tourist season had been in full swing and there was this background nagging to get out of the country. One suggestion had been made to me to walk a route in Spain. 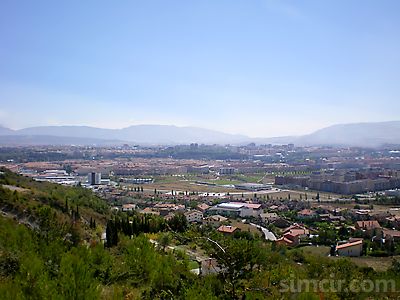 For 3 months the seat at my computer desk had seen a lot of my rear end. A lot of research had been done and during the process a thought occurred to revisit a place in Spain, where, quite honestly—I had made a wrong turn over 40 years ago. There was another town that interested me, but I didn't know why.

I've got my ticket to Biarritz, France (leaving London on the 12th of September). There I intend to head for Pamplona in the Basque country. Once there I'll take a look around and see what's there. Usually I go for something unique to find when I pick a town to visit. This will be similar, except I only know of only one thing there. The Camino de Santiago runs through Pamplona and that had been suggested to me. I was looking forward to it all, but at this stage had nothing else to say—mainly because I hadn't arrived yet.

Getting to Pamplona via rail and bus is fairly straight forward, even though it takes up the whole day. If you're on a tight budget, the one town you want to miss is San Sebastian—it is seriously expensive. Buses are very reasonably priced and Pamplona is only an hour away on one. 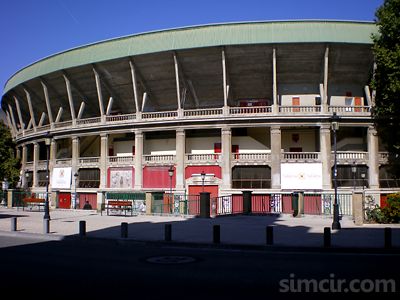 I'm out of season, so the bulls are gone—but the "Pilgrims" are here in force, the place is crawling with them. I managed to get a 5 night stay at the Hostel Hemmingway, conveniently located on Calle Amaya. 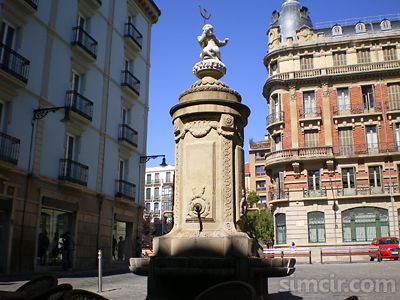 This is a drinking fountain, the water is drinkable and tastes good. Very handy for filling up my water bottle.

What can I say about the town, now I'm here?

First thing I noticed is how clean the city is (much, much cleaner than London). There is quite a bit to see here even without the big San Fermin Festival (that was in July, so I missed it). However, me being me, I decided to hit some surrounding places and just have a basic overview of Pamplona.

I really like Pamplona. Yes it's a city, but a small one. There are only about 190,000 people here and it is spread out (except the old town inside the walls). Even though it being the 3rd most expensive place in Spain, I found prices on everything a lot cheaper than where I live in London.

Three other aspects I noticed were:

Regarding the Camino de Santiago (CDS)

During this past summer I spent over 3 months researching this (as a result of the suggestion). I Google Street viewed 95% of it (extremely boring)—read a huge forum and disliked intensely what I saw emerging. This is a Medieval Roman Catholic Penury and Penance thing. Hollywood stuck it's ugly foot in and as a result you get all these so called pilgrims coming, because of the movie. Many seemed to have turned the CDS into a religion of their own and woe betide you if you suggest IT is not perfect. I was not impressed at all—by it or it's walkers. In a nutshell? It sucks.

I'm sitting in the lounge of the Hostel Hemmingway (surrounded by 'pilgrims' no less) typing this all out and planning my next move, to revisit Madrid for personal reasons and from there—who knows.

The Basque Mountains are fantastic and there are some really good trails in them where I walked all alone for many hours—definitely worth coming back to (wish I'd found them 40 years ago).
Sep 15, 2013
More posts from: The Basque Country
San Fermin 2022 A bit too long in Legarda Back on the road The last page is missing Pamplona without the leaves A festival and change of plans 3 hours in Artajona Durango Buses and a concrete artist Seven and then Faces of the San Fermin Walking Pamplona's City Walls 5 Tips for Surviving the San Fermin The Walls of Pamplona Bolivian Festival of the Virgin Urkupina Cold beer, silence and a water snake Olite in the afternoon Oronoz-Mugaire to Legasa by foot Narrow streets and ancient churches Two hours in Beasain San Martin in the mountains Sunday afternoon stroll San Fermin 2015 - Part II San Fermin 2015 - Part I The artist and the shopkeeper Pamplona's Old Town Festival Back to Basque A short stay in Pamplona