Maybe it was the rain, then again it might have been the hordes of tourists, but when the chance came to get out of Florence for a day, I grabbed it. Where was I going? I didn't have a clue. The sun had come out and this was a fight for freedom. 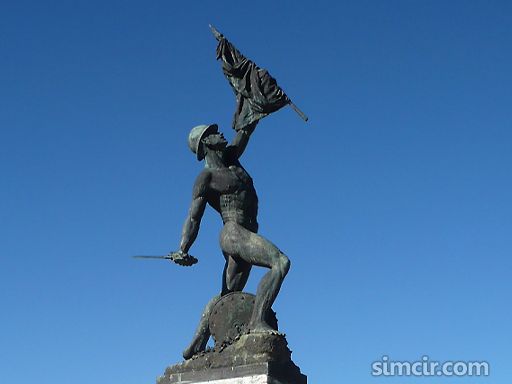 A girl (Victoria) at the hostel, where I was staying, was in the area for one main reason. She's from South America. Her ancestor had left Italy in 1850 and headed across the Atlantic. In search of her roots she wanted to go to a town named Cerreto Guidi, the home of the ancestor. She hoped to find some records of him at the town hall. I asked if I could join her and off we went. 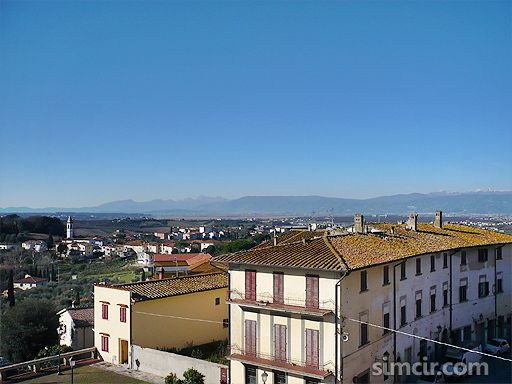 It didn't take too long to reach the small town. There's only about 2-3000 residents, though (for some unfathomable reason) the official population is 10,000—there doesn't appear to be enough room here for that many.

After asking people, we eventually found the registration office, but it was closed. The sign said it would re-open at 3pm, so we wandered aimlessly around the village. Up and down streets, seeing the views of the distant Tuscany Alps and enjoying the warm sunshine. Some sandwiches provided lunch.

There is a small square in the center, which has a statue and is overwhelmed by a large villa. Wondering what it was and why it was there, we asked some people who were out walking their dog (a big, friendly, Red Setter). The lady spoke English and told us that the building belonged to the Medici family.

I know nothing about Italian history, so just reckoned that the Medici's were just the local gentry (like they have in England). We went up to the mansion and the woman spoke with the lady caretaker. It was closed, but she was really nice and said we could come in to look around. 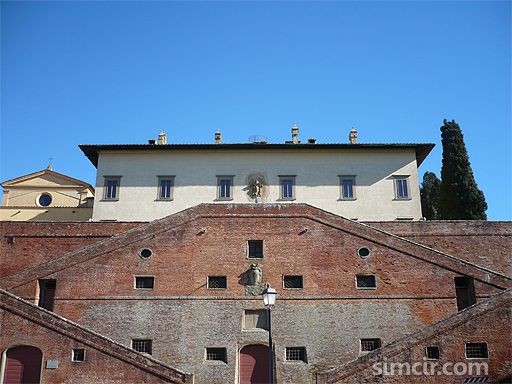 The Medici Hunting Villa
This is not particularly a big tourist area. None of the literature was in English. In fact most people in the town spoke only Italian. Victoria could manage because she speaks fluent Spanish (I don't). We were quite amazed as we walked through the door, this was not just any old place. 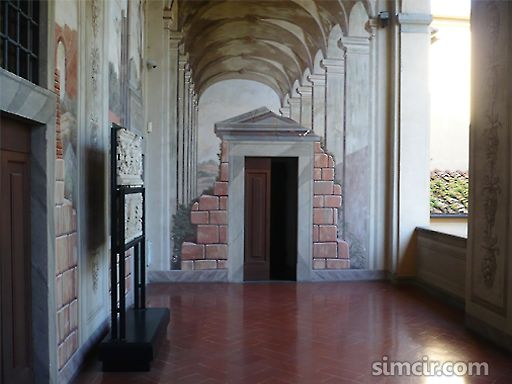 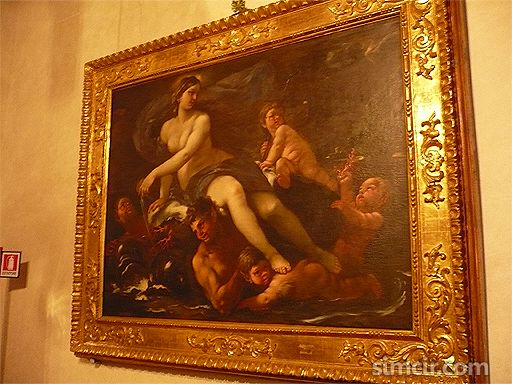 The entire villa is now a museum and full of art treasures (many in need of restoration). The primary purpose of the villa was as a hunting lodge. It has nice gardens and chapel attached. We spent a good time there as the lady looking after the property did her best to show us around. 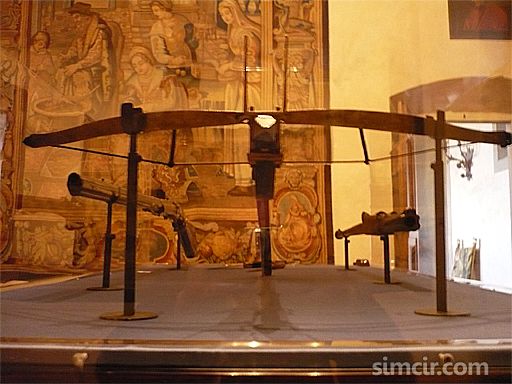 To do any hunting, you need the weaponry. These are just three of them. There were flintlock guns (some with 5 foot long barrels) all over the place. As well as an assortment of other items used in the hunt and subsequent skinning etc. A few swords as well.
That is one very serious crossbow. 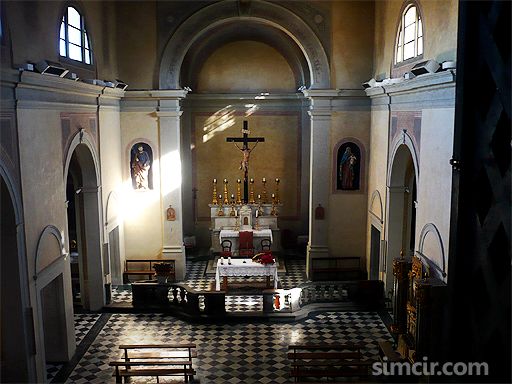 The chapel is still used for some of the residents of the town.
After leaving the villa, we returned to the office only to find it still closed and were told that the sign was meant just for the day it was open (yesterday). Victoria was quite disappointed. We waited for the next bus and returned to Florence.

Upon our return, she explained to Massimo (who helps at the hostel and is the ex of the lady who runs it), the situation. He was very helpful and contacted some people in Florence, so that Victoria could get in touch with them. They would email her all the information they could, once it was located.

The day had been unfruitful for the ancestor hunt, but very successful in the fact I learned some more about Italy and it's history, plus had a nice day away from the crowds of visitors. I hope Victoria gets the emails with the information she wants.
. . . . . . . .
Getting to Cerreto Guidi
To reach it you have to take a short train journey, from Florence to Empoli. Then a between towns bus ride to Cerreto Guidi. Total round trip was less than 10 Euros. The bus may be the Line 49(?), but you must check as I found out some bus numbers were out of date on websites for the Florence area. 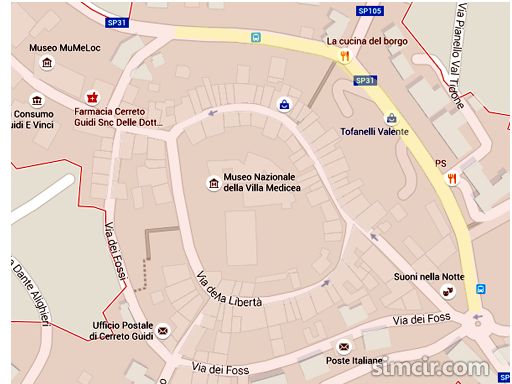 The yellowed road on the right is where the bus stops are to get back to Empoli and the train.
More posts from: Italy
Fiesole Afternoon in Siena Bagno A Ripoli Cerreto Guidi Italy, a different perspective