Faces of the San Fermin

One of the things about large festivals, is the number of people and what they look like. The San Fermin attracts millions of visitors from around the world to it's 9 days of merrymaking in Pamplona. As I was looking through a bunch of my old shots and those of Greg Rodgers, the thought occurred to do a post about the faces of the party. 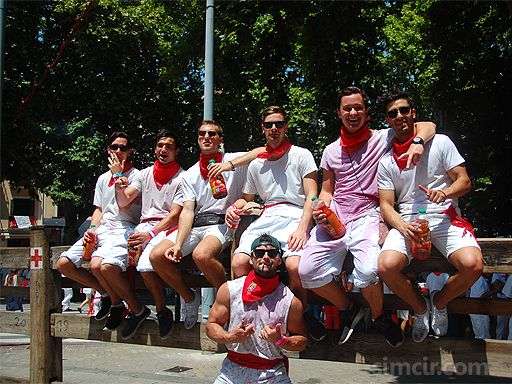 As I looked through the photo's I began wondering what people were saying to each other or thinking, from their expressions. All ages, sizes and states of sobriety are represented here. After all: this is one, very, big, long, party. 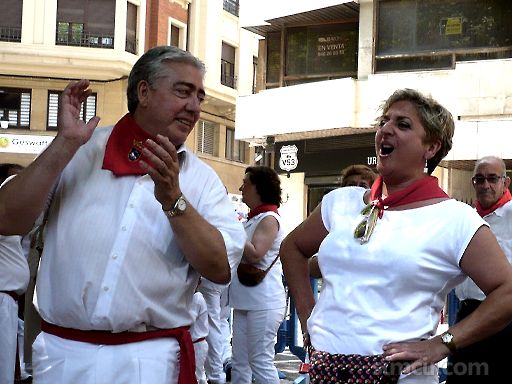 Her almost empty bottle of wine was on a wall nearby and I had no idea what she was singing and doubt she did either. He just looked at me, raised his eyebrows and cheered her on. 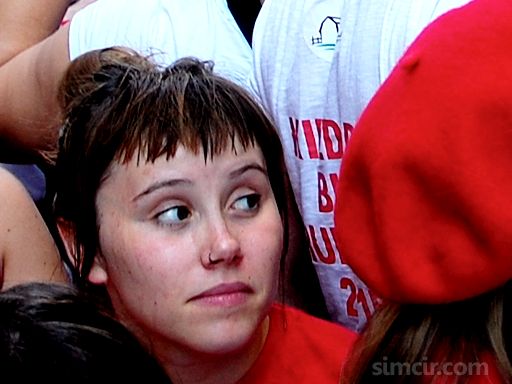 The tiny little one with a pre-terror expression as the crowd built near Plaza Consistorial on the first day. I used this shot in one of the MacGyver Photo Editor tutorials 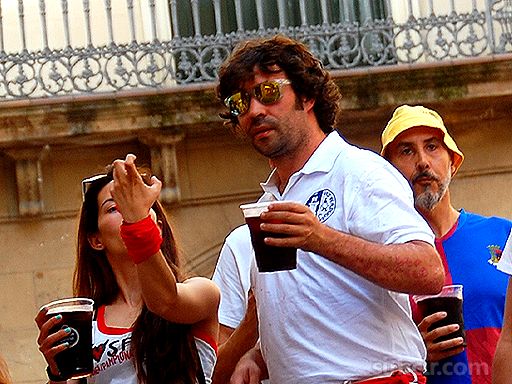 I reckon the guy on the right is probably a pilgrim (which is why he's not wearing white) and I don't think that's his first glass of wine. 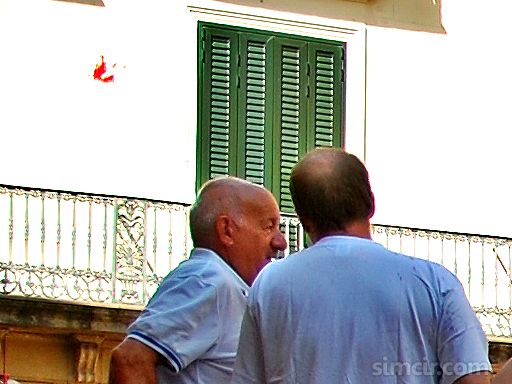 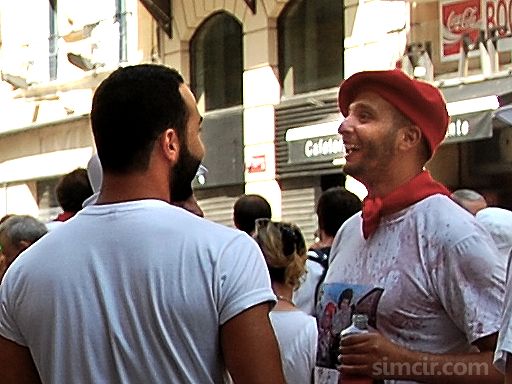 "After the third bottle is dumped all over you, you really don't notice it much." 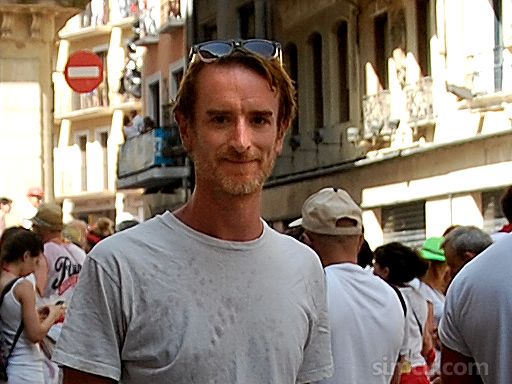 Greg with only a few drops of Sangria on his shirt. We were trying very hard to stay dry and not get our cameras drenched in the stuff as we took hundreds of photos. 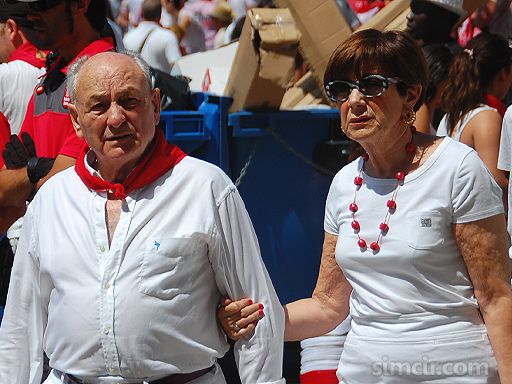 "Don't ask. I just have to do this with her every year." 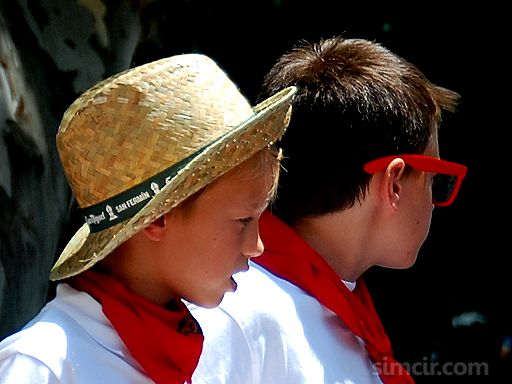 "Yes, that's my mom. It's embarrassing—which is why I'm sitting over here."

She's gotta be from Australia..... 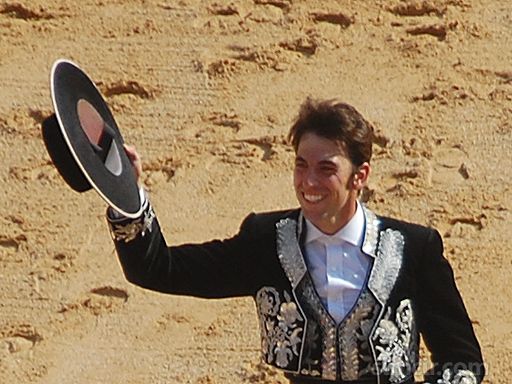 "I wish they'd hurry up and stop applauding, I really gotta take a leak". 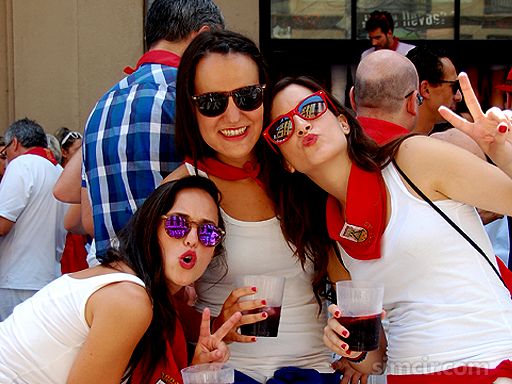 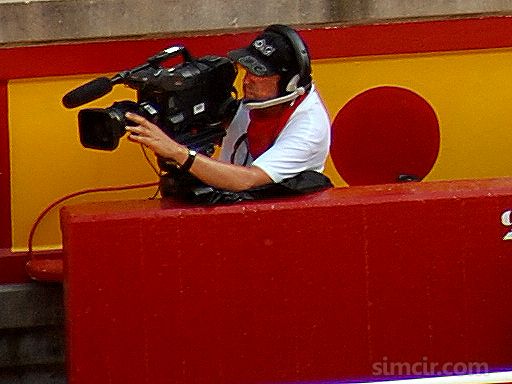 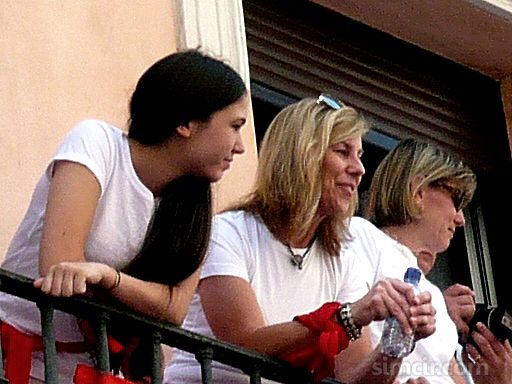 "I'm not going down there." 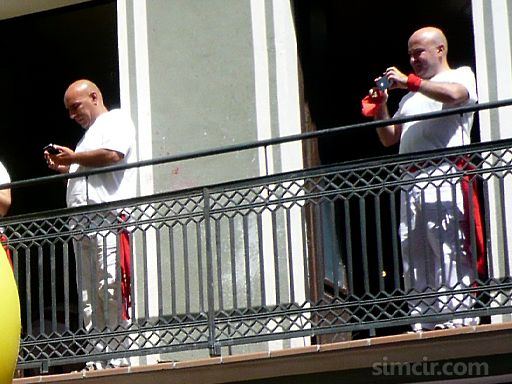 Brothers on a balcony. 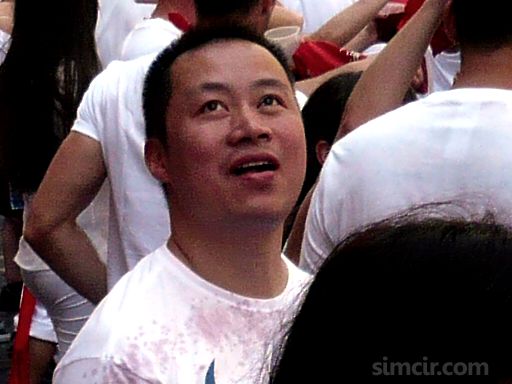 "...and I thought the Songkran was wild." 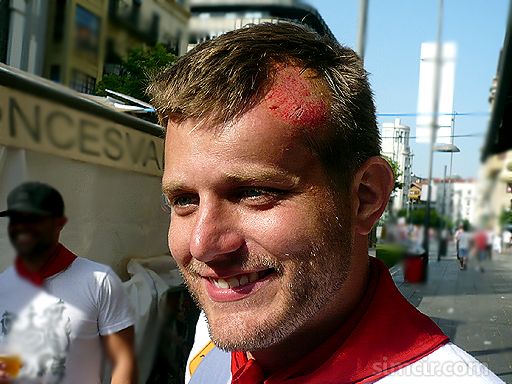 Chad and his wound
As we wander around the towns and cities of the world, there is this fascinating array of faces and expressions. I often don't pay that much attention to them, but when going over photo's afterwards realize what I'd missed.
More posts from: The Basque Country
A Basque farewell San Fermin 2022 A bit too long in Legarda Back on the road The last page is missing Pamplona without the leaves A festival and change of plans 3 hours in Artajona Durango Buses and a concrete artist Seven and then Faces of the San Fermin Walking Pamplona's City Walls 5 Tips for Surviving the San Fermin The Walls of Pamplona Bolivian Festival of the Virgin Urkupina Cold beer, silence and a water snake Olite in the afternoon Oronoz-Mugaire to Legasa by foot Narrow streets and ancient churches Two hours in Beasain San Martin in the mountains Sunday afternoon stroll San Fermin 2015 - Part II San Fermin 2015 - Part I The artist and the shopkeeper Pamplona's Old Town Festival Back to Basque A short stay in Pamplona