Flying from London City Airport is nice. It's small and so are the planes. The flight to Florence was only about two hours and my introduction to Italy was wet—just like England. Everything went very smoothly. A shuttle into the city, then a ten minute walk to the hostel I had chosen. 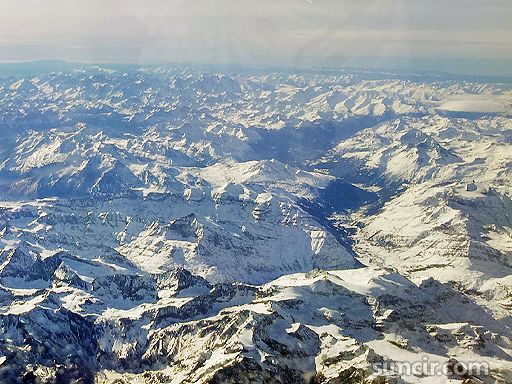 Enroute to Florence I had my first view of the Alps.
Initially the idea was to spend a few months in Italy, then eventually head for Pamplona. However, I clicked a wrong button and ended up with a non-refundable ticket in February, instead of March. Now I was stuck with a whole extra month and that unsettled everything. The trip was going to need altering.

Florence
The hostel I stayed at is named the David Inn and it's a short walk from the main Cathedral, right in the center of town. It's very homey and Francesca goes the extra mile to help you enjoy your stay in Florence. There is no website yet, so to book a bed you have to email them (info@davidinn.it). My stay there was worth it.

Normally I don't do major tourist destinations, but here I was smack bang in the middle of one. I just thought Florence was another dot on the map. So what does it have?

Florence is an expensive place. At first I thought it was just because of the tourism, but after a week there that impression changed. The entire north of Italy is pricey. Food and drink are more expensive than London. You have to pay for everything: museums, cathedrals and even parks. But, if you like art and have the money then it's worth the visit.

Cathedrals and statues are a dime a dozen, all over Europe—just about everywhere has them. The usual tourist rip off merchants practice their money grabbing techniques with great aplomb. As one man put it, "It's part of the Vatican money making machine."

The one thing Italy does have is great ice cream. I took advantage of this and gorged myself silly (my expanded waist line bore witness to that). One little place had fresh, hand made, Mango ice cream and another, across from the hostel, some nice Pistachio ice cream (he made some for me on the day I left, thanks Simoné).

I like stuff that is not the same as everywhere else. So while Florence is a serious tourist trap, there is something which is radically different. They have one of the very few bridges, left in the World, which has shops and houses on top of it.

At one point on a ramble I found the bridge. This a true rarity. I know there's one in Venice, but had no idea there was such a river crossing in Florence.

When the Nazis retreated from Florence, they blew up the bridges. The officer in charge of that was an architect and refused to destroy this bridge. So we still have it today.
Over the river and a nice walk away is the artists quarter. I met a few and we talked. On the way out a wine shop was passed and I turned back. This one, really caught my eye. The whole place is very well designed, not the usual shelves of wine crushed into a small space. 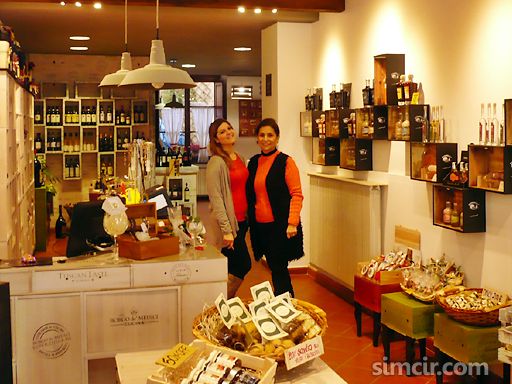 Carmen and her daughter Martina were there when I visited. The shop is named "Tuscan Taste" and is on the left side as you wander along, in the Artists Quarter, after crossing the bridge. They have nice Tuscany wine and some little bottles (the skinny ones on the right) of 'blow your head off' liqueurs. 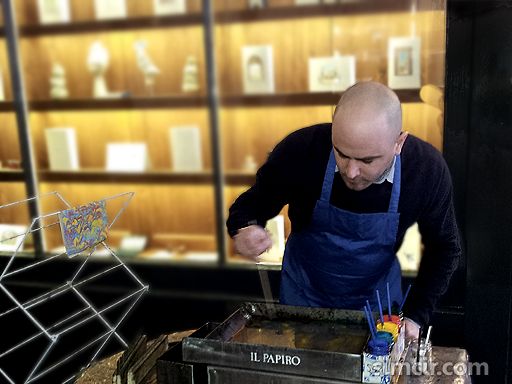 Oh, did I mention unique? You will not get more unique than that piece of paper hanging to dry in the photo, this is the only one on earth like it. Stephan, who owns Il Papiro, was giving a demonstration of how they can make your own personal stationery, which no one else in the world has. Hand made, each sheet is different. Il Papiro also do a large range of other very nice stationery and things like quill pens with ink bottles. Expensive? Excellent? Yes.
...................
I had to get this shot in London, during a photo shoot by the Covent Garden Market photographer. I had met Stephan while in Florence.

A walkabout saw me alone on a small street, away from the tourists (on the hostel side of the river) and found this.
See if you can find it, when you're there.
Last year I mentioned the sad story of the Senegalese guys of Pamplona in the San Fermin 2015 Part II post.

Well, they have them here too. I spoke with a few and the story was the same. The were selling a lot of Selfie Sticks for 10 Euros each and only getting around 4 to 5 Euros a day. Not all of them though. Some were doing better through a different handler and other goods.

As I was returning from the bridge I saw another man. It turned out he was the handler of the exploited ones. Twice I asked him if that was so and twice he said yes.

So here he is. I hope he does something wrong, gets arrested and slapped in jail for a long, long time.

Salerno
Earlier, one of my plans was to head for Southern Italy and start in Salerno. Remembering that, I grabbed a high speed train going south.

The journey found me on the last seat of the train across from a man who sells wine to restaurants. We passed the time talking of various things. He was on the phone quite often to his office etc. It's a 3 hour train ride to Salerno from Florence.

Here things change, big time. Salerno is a poor town with a port. It is reflective of the current state of affairs in the country. The rich north and somewhat depressed south. Depression is the first thing I noticed about the town. It filled the air. The people walking around with the weight of it on their shoulders.

Streets with litter and cheap little stores, many offering a variety of wares. Even the phone stores had other goods in. The dreary weather didn't help either.

Kids on street, notice the litter. 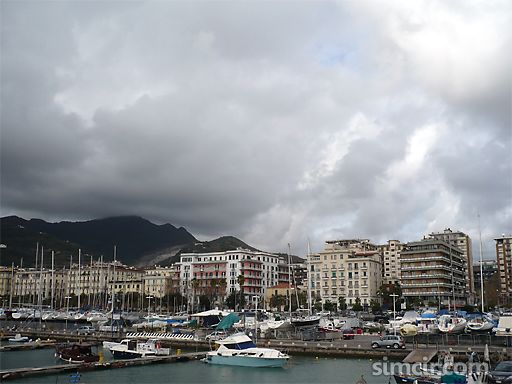 The small boats in the marina did not speak of wealth, but of a struggle to make ends meet. Many were dry docked (repossessed), with no owner, just sitting around getting dirty. 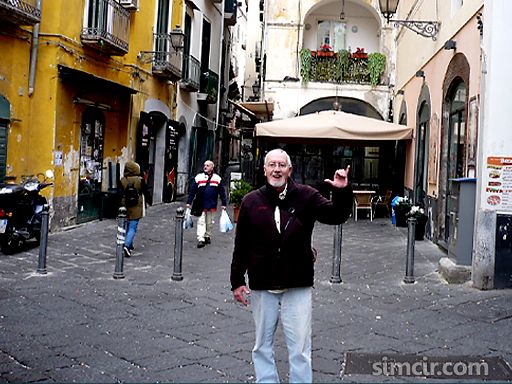 In the middle of the old quarter of Salerno.
There are a few nicer parts here, but generally speaking, this is a place which has lost it's way. Maybe, once upon a time, Salerno was a nice town, but time and the historical rich-poor separation has put paid to that (the economic climate doesn't help either).

The people here seemed to be head hangers, the weight of the depression seems to have taken away their self worth. Very few smiled, and hardly any would meet my eye.

To sum Salerno up is the hostel I stayed in. It's the only one in town and maybe some of you have stayed in pretty strange hostels, but I haven't—until now. It pretends to be a backpackers hostel. The décor tries to state that and there are no bunks (nice touch), just single beds with small English style mattresses. No kitchen existed, communal showers (!), security is a bit on the weak side and the others there were a real mixture. Mostly older, some working for a month or two in town, some unemployed, a couple of down and outs, a Bulgarian prostitute, a pusher and what appeared to be the town drunk. There was no heat and the Wifi abysmal. You can miss this one, it's not worth it, even if the beds were comfortable. One night might be okay though—then leave.

I only stayed two days and returned to Florence.

To sum up
Once back, I began to see the state of the country more clearly and decided to post this entry as a different perspective to Italy.

I didn't dislike the people aspect of Florence or Salerno. I met some great folk during my time there (might even return to see them again) and discovered a few things.

That extra month
I decided to head back to the UK for the extra month (I spent over two months of my livable allowance in Florence). A good flight price meant two weeks to kill in Florence, beforehand. A few other visits to non-touristy places were undertaken also. They will be posted later.

My daughter is due to give birth to her second child around the beginning of April, so I want to be there.
Mar 11, 2016
More posts from: Italy
Fiesole Afternoon in Siena Bagno A Ripoli Cerreto Guidi Italy, a different perspective