Lisbon in the rain

It's February and a very stormy one at that. I was in Pamplona and several people suggested I should go see Lisbon, so I set out. It was one of the weirdest trips I've ever been on.

The decision to head for the west coast was made as I drank a cup of coffee. Gorka sat at the computer answering emails from prospective clientele for the hostel. I mentioned that I'd aim for an overnighter and settled things up bill wise.

I bade farewell to Fernando, a wealth of information about the area where I was. I had enjoyed our chats together during the preceding days. Later I headed for the station and bought my ticket. Change at another town, wait an hour or so and the overnight train would arrive.

The man at the ticket window in the next place looked at my ticket and asked why I had paid so much. He said it was way over the top and why not add a tiny bit more and get a sleeper. Sounded good to me.

Once on the train, I was looking forward to a good night's sleep and wake up on the coast. The sleeper was like a mobile hostel and not much room. I'm not a big guy, only 5' 9". So when my feet ended up in the sink at the end of the bed, I realized that this was not going to be a very comfortable ride.

Above me was Olav from Sweden, reading from his Kindle. Across the aisle a man who just sat there and only spoke some obscure language—miserable is a kind description of him. We stopped an hour or so later and another guy came in to take the remaining bed. It took me hours to finally drop off to sleep.

BANG! I almost fell out of the bunk. The sudden jerk should have woken everyone else, but no, they seemed to be sound asleep—odd. Clunkity-clunk, the train sounded different as it began to move again at the pace of a very slow heart beat. Things were beginning to feel just a little bit strange. What on earth happened? I decided to take a leak and walk around in the corridor. The lights were low and I could see nothing outside—anywhere. Beyond the windows was totally dark. Void of all light. 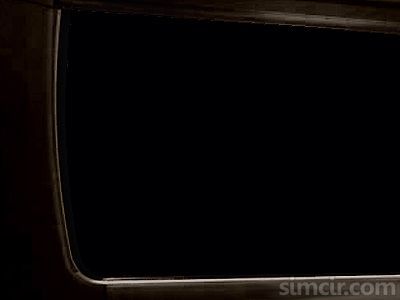 The next car had a fold down seat in a little depression at the end of it's walkway. I sat down, the wheels of the carriage still making the same, slow, noise. Silence except for that. I got up and went to the end, looked through the glass door (which was locked)—nothing. So I want back to my carriage to it's end, the same thing. This was now getting very, seriously, weird.

Sitting on the little seat again, the thought struck me. What if that loud bang was a crash and I'm dead! By now it has become very Sartre-ish. Here I am stuck in two carriages with no exit, a death march beat to the clack of the wheels and I am doomed for all eternity to ride this stinking train! At least there were two other characters in the book. Here, there is only me, on an endless journey, into utter darkness....

About two hours later (I was still sitting there), lights began to appear and the train went even slower then stopped at a station. I was never so glad to see a bunch of complete strangers—they must've thought I was totally crazy. The signs were different, the language also—we were in another country. The bang had been the, lead footed, changing of locomotives at the border. Whew!

Eventually dawn broke. I smiled. We finally pulled into my destination—the end of a 14 hour journey. It was pouring with rain and I had a long walk to the hostel I'd booked. I arrived there, wet and very tired. 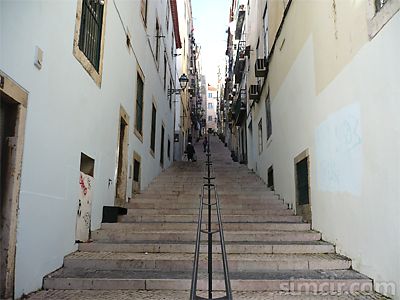 That's a lot of steps. This is just down Rua San Paulo from where I'm staying
I reckoned to spend the weekend here and booked into the Lisbon Calling Hostel. It's virtually empty and quite different. The weather cleared for a few hours, so I went out for a short wander and took some photos. I'm not going to do much, just have a quick look around and head back. 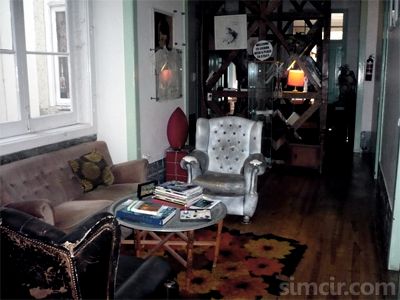 Part of the inside of the hostle. It's run by a graphic designer and has an unusual interior. 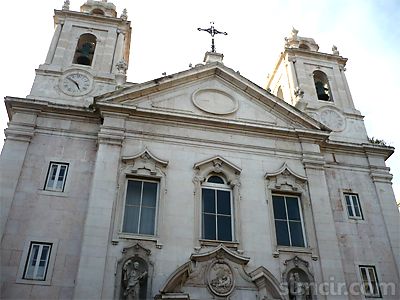 This church is opposite the hostel 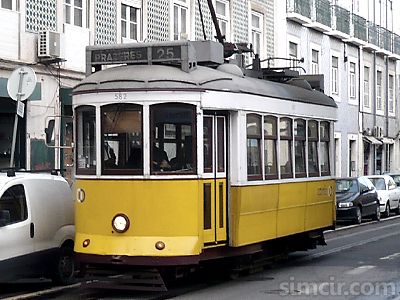 I wondered about the tram tracks in the street
.... and then saw this.
Some days before, a hurricane had hit England with another on the way. The second one, side-swiped Lisbon while I was there. 80-90 MPH winds slung coffee kiosks, and me, around. It was just a little bit wild. I'd had enough. What with climbing steep, very slippery streets, being slammed against a wall by an 80 MPH gust of wind and still recovering from the strange train trip—I returned to Pamplona. This time I sat in a seat and stayed awake for the whole trip.

Next time—I fly!
Feb 08, 2014
More posts from: Portugal
Charles The other side of Porto Povoa de Varzim Kicking it off in Porto Lisbon in the rain

Comments are now closed
for this entry