Getting used to an App takes time. Photo Editor is no exception and as you progress in it, you will find there are shortcuts to using the functions. MacGyver calls them Presets, my PhotoShop calls them Actions, regardless of the name, these are extremely useful when you need to process a good image quickly. 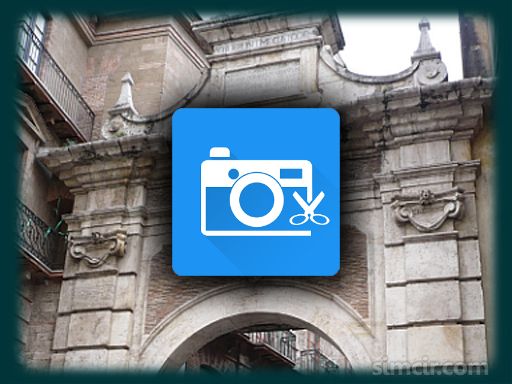 Here I will just cover the basics and show how to do one Preset. All Presets follow the same method. If you are used to Photoshop, this is different. There Actions can be quite complicated and you can apply a long sequence of various filter usage, plug-ins etc. In MacGyver I have only been able to apply one Preset at a time, not a chain of them (now wouldn't that be nice). 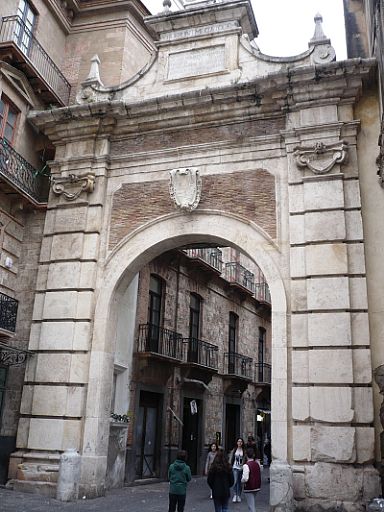 An overcast day in Salerno
The original was 1200 x 1600 pixels and resized to 348 x 512. All it needs is the desaturate and sharpening to be ready.

I'm using something simple to show how the Preset works. My normal desaturation of an image. 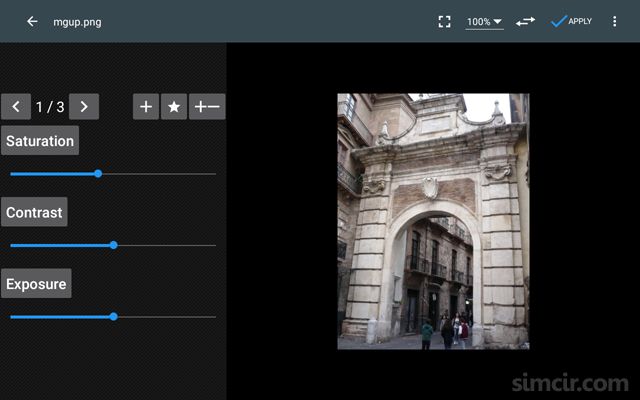 Tap Color and slide the Saturation to 85. Then, see the Star above Saturation—Tap it. 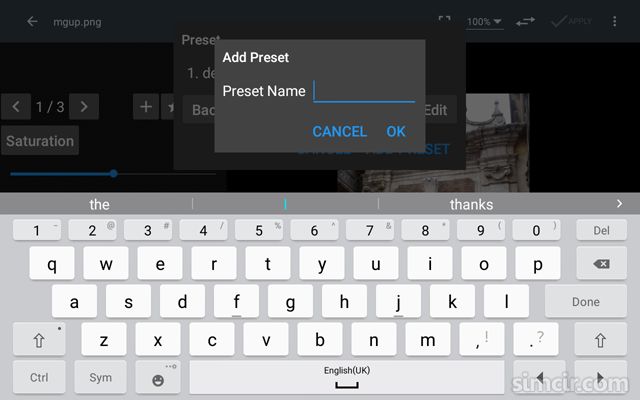 Tap Add Preset. Give the Preset a name, here I used desat-85. Tap OK to set. 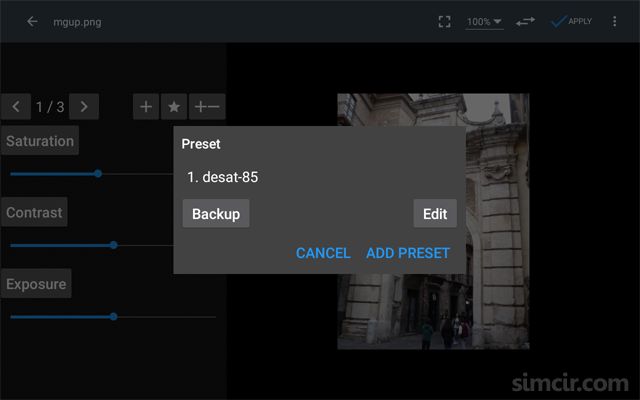 When done (almost instantly), just Tap the Preset name, "1. desat-85" and the desaturate is done.
To use/reuse the Preset now Tap '1.desat-85'. In other images you would just:

I wasn't able to rename a Preset, so deleted the first one and did another with a different name. This is how to delete one. 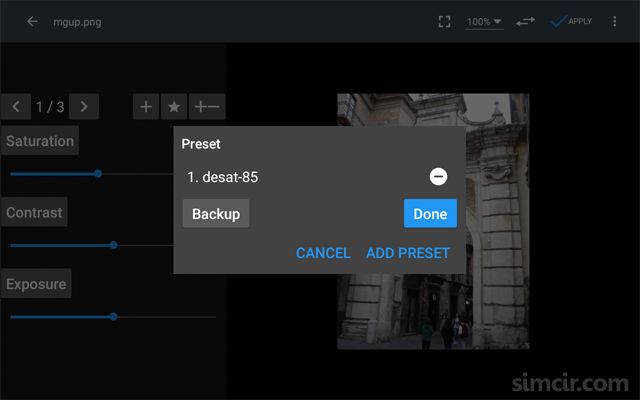 Tap the minus sign in the white circle and that Preset id deleted. Simple. 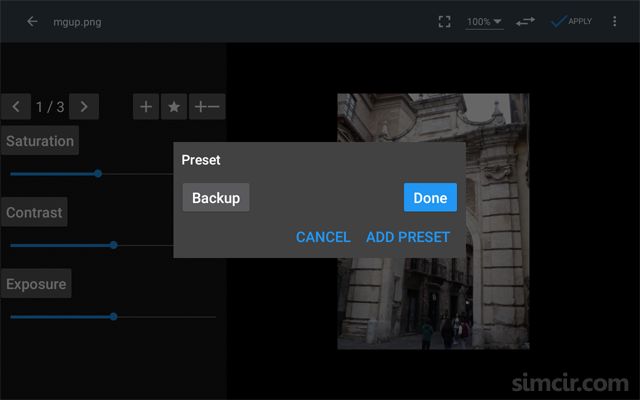 The empty Preset screen after deletion.

This image also needed to be sharpened, because I had resized it down. I just used the standard Effect/Sharpen and slid the bar to where I wanted it. The image was finished. I saved it with a new name, then saved the new file as a JPEG. That's it. 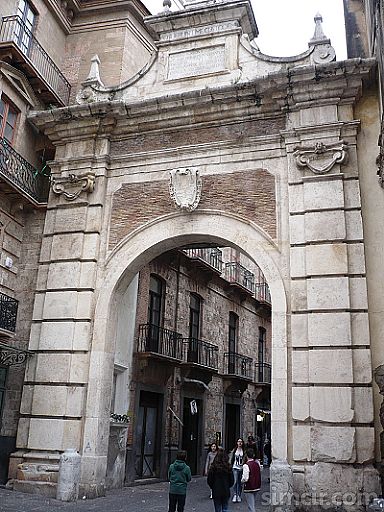 Setting a Preset is quite easy. I suggest you name each Preset so it is recognizable for reuse later on in other images. MacGyver saves and keeps these, like it does your resizes and crops. I would only use Presets on things which are common to all images. You can have as many Presets as needed.