Smartphone camera images were something I avoided for some time when it came to my blog images. They just did not come up to scratch. I finally succumbed in 2016 and used my fone for 7 months, in conjunction with an Android tablet to prepare the pictures and produce some blog posts. 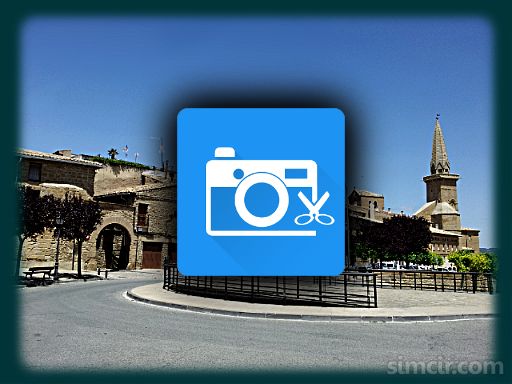 For image processing, I used MacGyver Photo Editor, on a Samsung Galaxy Tab 4, 8 inch tablet. At first I didn't notice the slight smudge lingering at the top of the photo. It was a couple of days after posting the article that it was discovered. I guess the unfamiliarity of using a tablet and so having to concentrate differently, meant I missed the thing. The problem is on the internal lens of the camera and I would have to pay for a new camera unit to permanently stop it.

It took a while before I managed to remove it and have the correct pic in the article.

Before—you can see the smudge, center left, at the top of the image. See the street lights on each side—they need to go too.

After removing the smudge and the two street light parts sticking into each side. No other retouches were needed. The crack in the road was also retouched.

First of all I have to move my images to the tablet from my Smartphone. Whilst on the road, I take a lot of care to not make my machines vulnerable. I will not use anything which can be easily cracked.

So: Nearby devices, BlueTooth and sharing between units are off and not used. I make sure all my shots are in a folder named for the specific post.

I use one of these, a SanDisk Ultra Flash Drive with dual connectors (micro-usb and standard USB). You just slide out whichever end is needed and stick it into your unit. It takes up hardly any room in my bits pouch and my one is 16GB, which is all I need. Images from the phone are put on it and transferred to the tablet, where I pick the ones I want to keep and discard the rest.

I only worked on copies of the image—not the original.

First I saved the image as a PNG, with a new name.
Once done, I tapped Clone on the tools menu. 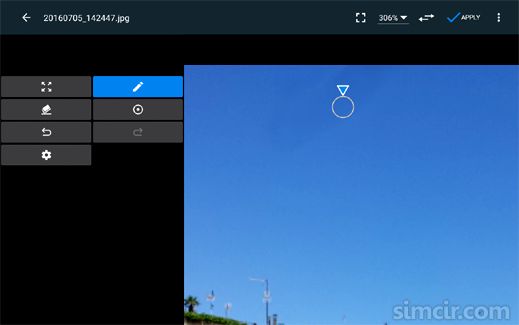 I tapped the tool with the circle/dot (read airbrush).

The control panel where I set the size, hardness and opacity. Once that was applied the circle with the arrow on top was moved to the right of the smudge to clear it enough, then moved my stylus up and down across the smudge until it was gone. Then saved the image (Overwrite). This was also done for those two streetlamp bits on each side of the photo. 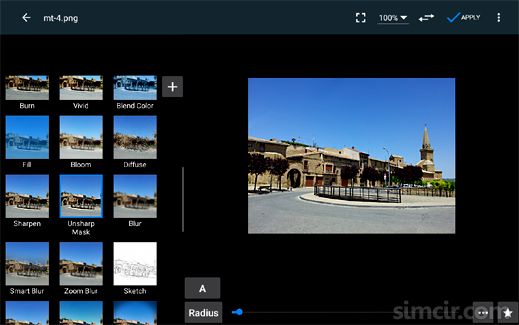 Now I need to blur that area of the top to make it all look even. Tap Effect in the main menu screen, then Blur. 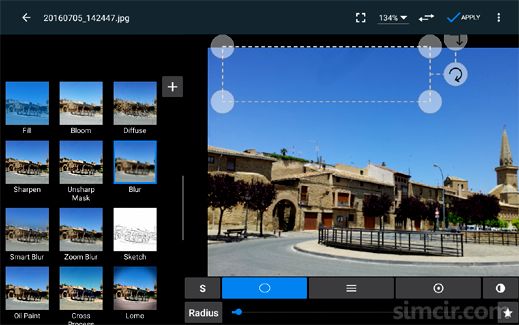 In the Blur screen I adjusted the size of the blur box to where I wanted, and hit Apply. That was followed by a Save/Overwrite.

The retouching was finished, now to process the rest of the image to get it ready for publication. The meant a resize and some other edits. 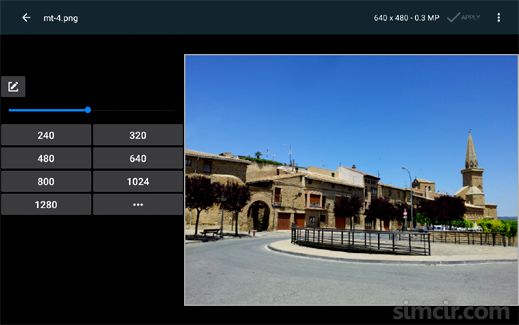 First I want the image to be correct size for my blog. I tapped Resize on the Main tools screen.

Because I have resized an image before, my setting of 512 X 384 is saved automatically in the Resize screen tools. To do that I click on the little icon with the pencil sticking out, which gives me this screen. Then select my image size, apply and Save/Overwrite. 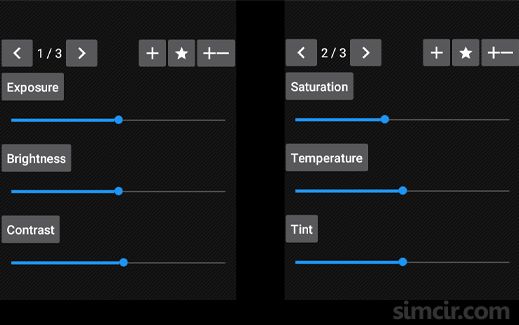 I need my coloring to be right. Tap Color on the Main Screen. For this I normally set the Saturate at 85 and Contrast at 5, then Save/Overwrite.
Once an image is to this point, the rest is just fine tuning. In Effect, go to Sharpen and I normally just tap it, unless the image is already sharp enough. Once everything is to where I want it and I have done my last Save/Overwrite, my PNG image is ready to be saved as a JPG—then uploaded to my server. 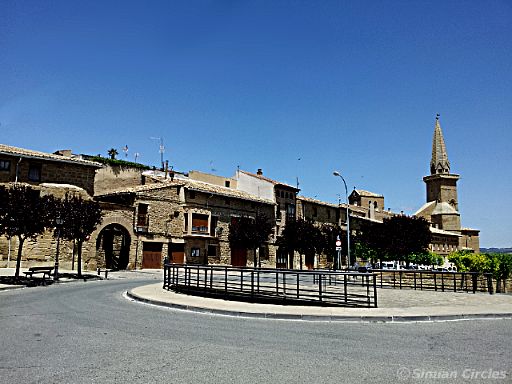 The final image ready to publish.
For the images on the Simian Circles blog, I put a special frame around them with a watermark. This is a Batch process in MacGyver, using my watermark image (a PNG with transparent background that I made in Photoshop). Normally I have several images in a folder and Batch the whole lot in MacGyver, ready to be uploaded to the server in preparation for the draft of that article. I'll cover Batch in a later tutorial.