Retouching a photo is sometimes necessary. Primarily to get rid of some item that detracts from the overall appearance. There are a number of ways to do this. In MacGyver Photo Editor, the Clone function has been used to achieve that. This time I decided to use the Pixel tool instead.

One weakness of MacGyver, is when you zoom up to a portion it is not pixelated as in Photoshop. That makes some things harder to do—except in Pixel. For the most part the various tools are fairly straight forward. You can often use the default setting, other settings are available on each screen. 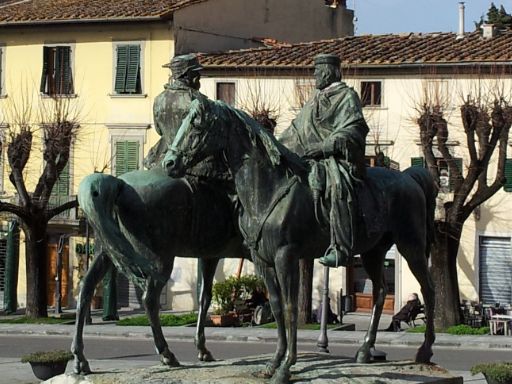 A cropped section from a 2 MP smartphone image.
No, I didn't remove the lamp post under the horse.
Lookiing at the photo I see a number of things that are out of place or distracting. This tutorial is just concentrating on the top of the image. The very top left corner is a bit of the roof the needs attention and that metal sort of chimney thing toward the top right.

Do the easy bit first, Clone the diagonal bit of the top left roof so the 'line' disappears or is made darker. Save that as a new file (mgpx01a.png). Also, to the left of the chimney is a faint electric power line with some kind of thing in it, that can be Cloned out as well (don't worry if you mess up the chimney edge, that will be dealt with later). Then begin work on the chimney by saving the file again with a new name (mgpx01b.png).

Using the Pixel tool on the chimney

Take your time! This is slow work with a lot of Discards and Saves. Do a little bit, then Apply/Save/Overwrite (ASO), then repeat that often. You will have to move the image down, a bit at a time, to do the whole chimney. 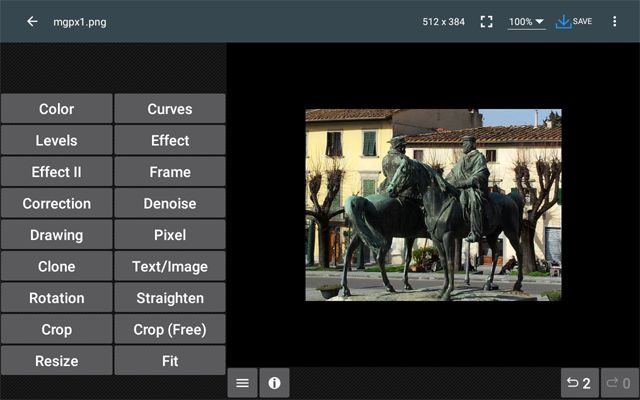 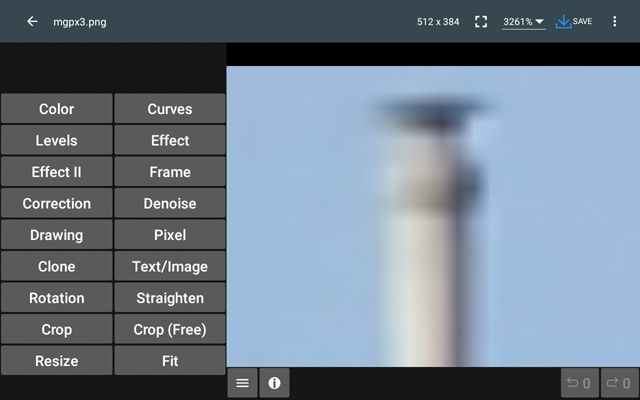 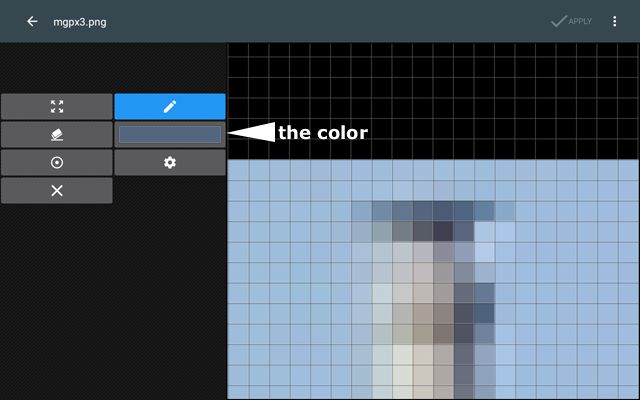 You will be presented with this screen. First you need the color of the sky—not the top of the chimney. Tap the menu bit just under the pencil. I did it this way just to be sure that I had the correct color I wanted the Pencil to be. 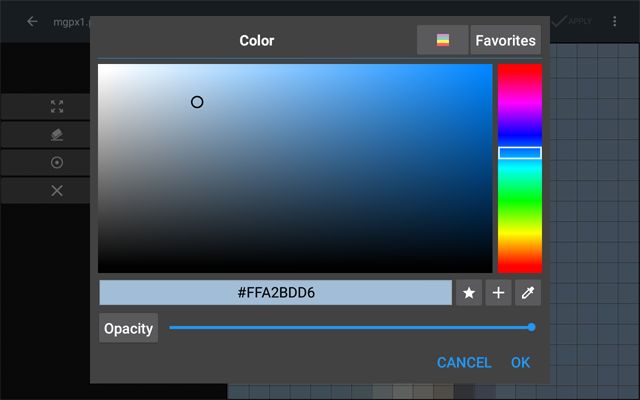 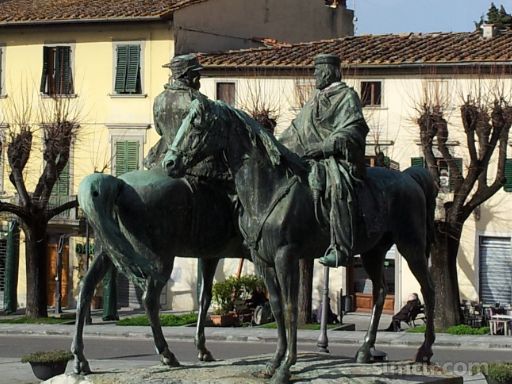 Finished.
The statues are in the main piazza of Fiesole, Italy
If you are brave and feel like spending a couple of hours doing some more, you can get rid of the post under the horse, the person who seems to have been pooped out of the horse onto a bench, the flower pot behind the left horse's heel and change the modern window roll up on the right to a regular window, etc-etc. Make sure you recharge your tablet though. Doing this sort of thing eats up your battery.