The morning was still cool as I boarded a bus to Estella. The ride is not very long and cost a few Euros. I wasn't sure what I would find, once there. The Basque name for the town, is Lizarra. 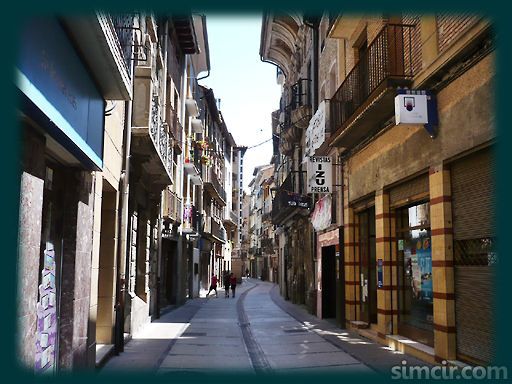 Estella is a major stopping point on the Camino de Santiago, so figured it would have pilgrims swarming all over the place. There were a few, but that was all. During my time there the temperature rose. Fortunately a cool breeze gave some compensation for 100 plus degree heat. 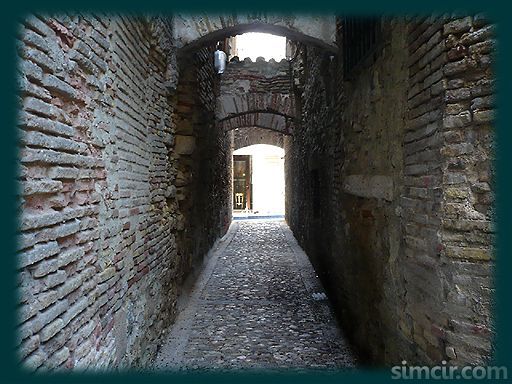 This tiny road leads to a nice surprise. 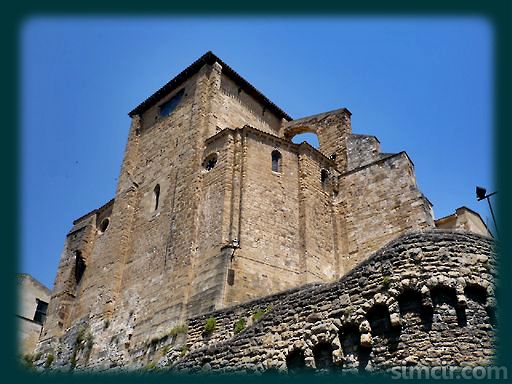 The Church of San Miguel has been here since 1145 AD. It's more like a fortress than a church building, especially with the layers of steps leading to the main level. 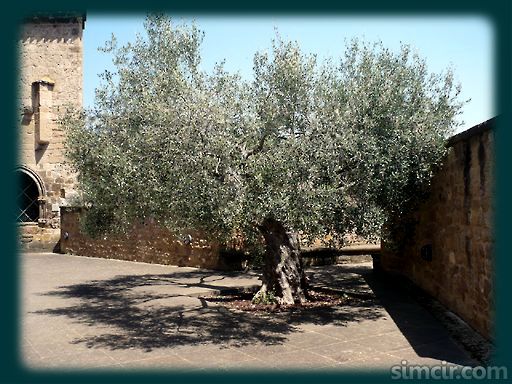 All this tree needed was white leaves and I'd have thought I was in Middle Earth.
Quite a lot of my time there was spent just meandering around, with no specific destination in mind. Up and down streets in the new part and the old town (with its narrow lanes and old architecture). 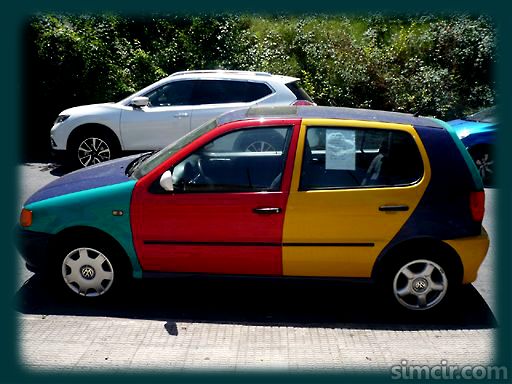 Always on the lookout for the unusual, I reckon this fitted the bill. The owner wanted 2000€ for it—hah! Looks like it was slung together from spare parts. I had a good laugh. 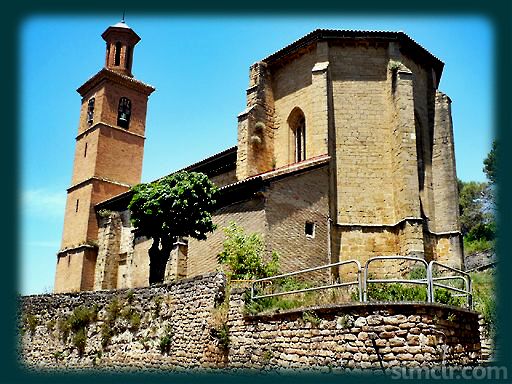 This old church has been closed for over 60 years. I think it was named San Pedro, but not sure. It was hard to find any information about it. I managed to get into the grounds, but not through the chained doorway up behind the tree.

I came across these pilgrims, taking a break by the river. 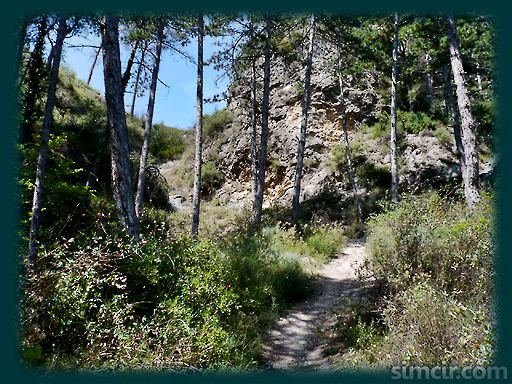 There are quite a few trails around Estella, this is just one.
When you are in the area and have the time go visit Estella, there's a lot more here than I've covered. If you go early you can spend a whole day there. Regular buses run from the Pamplona Bus Station to it.

I had to wait an hour for the bus back to Pamplona (a cool spot was found to relax in). Upon return I was greeted by a Scirocco—the hot wind that comes out of the Sahara. Pamplona gets it thrice, because there are two more deserts between it and Africa. The Almeria desert (in Southern Spain) and another one about 5 hours south of the city. The temperature was officially cooler than Estella, but the hard wind was over 130 degrees and your skin contracted when it hit.
Oct 01, 2015
More posts from: The Basque Country
San Fermin 2022 A bit too long in Legarda Back on the road The last page is missing Pamplona without the leaves A festival and change of plans 3 hours in Artajona Durango Buses and a concrete artist Seven and then Faces of the San Fermin Walking Pamplona's City Walls 5 Tips for Surviving the San Fermin The Walls of Pamplona Bolivian Festival of the Virgin Urkupina Cold beer, silence and a water snake Olite in the afternoon Oronoz-Mugaire to Legasa by foot Narrow streets and ancient churches Two hours in Beasain San Martin in the mountains Sunday afternoon stroll San Fermin 2015 - Part II San Fermin 2015 - Part I The artist and the shopkeeper Pamplona's Old Town Festival Back to Basque A short stay in Pamplona