The ticket office at the station said I would have to pay about 10 pounds to get to where I wanted to go. I can get to Amsterdam cheaper than that! Already a few trips out, much further, had cost me less. I thanked the man and carried on toward a bank to get some money from the ATM.

I can travel for nothing on my card, up to a certain point, from there I have to pay. So that's what I did and arrived at the final station on the route (where the freebies stopped). I disembarked, went to the ticket window and found the real fare was only 2 pounds - one fifth what I had been quoted earlier. A return ticket was bought, to the town of Eynsford in Kent. I was in for a surprise. So much so, that I've changed the focus of this entry. 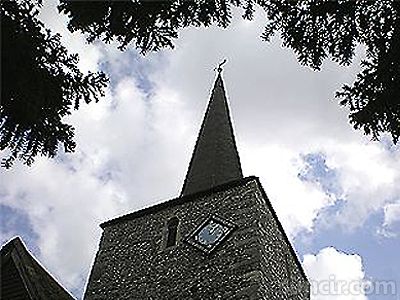 The church in the center of town
I wanted to find a ruined castle, not one of those well kept or restored places, but a true ruin. The last place on earth I expected to find one, was here. The town can be used as a center to visit various other places nearby (including Tom's World Garden). I met Tom a few years ago and spent some time chatting with he and his parents. The garden is unique and well worth the visit if you like horticulture.

You have a castle?

Upon hearing there's a castle here, I was a bit suspicious, surely they're having me on. This is a village. Villages do not have castles. Cities, large towns and huge estates have castles, not small English villages tucked away in the hills. So I set out in search for the place. Eventually a local man told me where it was. I walked about a mile back down the road and finally found it. 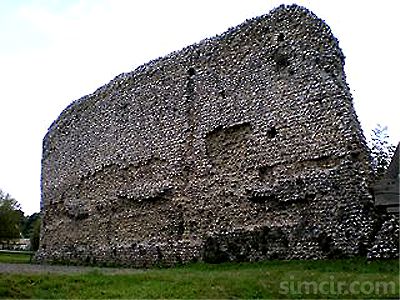 None of your stereotyped castle walls here 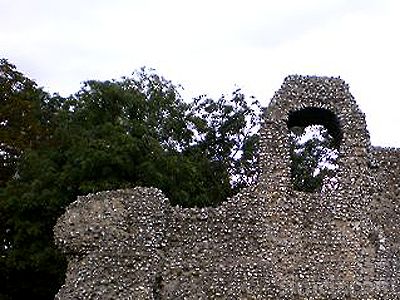 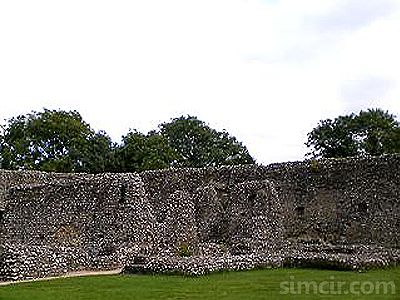 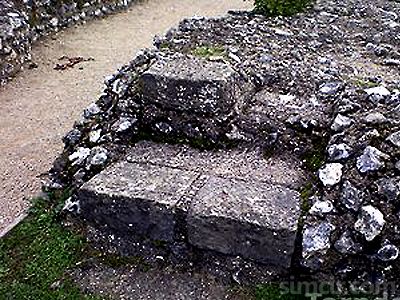 This was originally built in the early 1100's and is one of the earliest Norman castles in England. It passed through various hands and was laid waste in 1312, when two guys decided to have a bit of a disagreement. Not much happened after that and from the 1700's it has remained a ruin. Flint is used throughout the entire structure. A new wooden bridge spans the moat area and entrance is free. You just wander into the place and enjoy. You have to find the castle. I did - after a while.

The village itself is fairly spread out and mainly residential. There is a small hotel here, where you can stay and visit the area. Also this is called the Darent Valley and there is a main trail in the area, if you like to get out and put some miles behind you.

Wifi is thin on the ground here, but there are a couple of places you can get online (the old pub near the church and the hotel).

Be careful crossing the little humpback bridge at the ford. I found some drivers had a really bad attitude and would not yield right of way to pedestrians—it is a bit dangerous on that score. So be careful.
More posts from: England
Harold Wood Ruined castle at Eynsford Glasses shaped wood and rabbits Owl and Clock