They stand, waving the red scarves, waiting, waiting. A man reaches out and lights the fuse to the rocket. At first nothing happens, but then the smoke begins and the rocket soars into the sky.

The red scarves are put on heads and wrapped around necks. Champagne, wine and Sangria bottles are opened, sprayed, dumped and drank from. Children down soft drinks as fast as the adults down the booze—the party has begun. 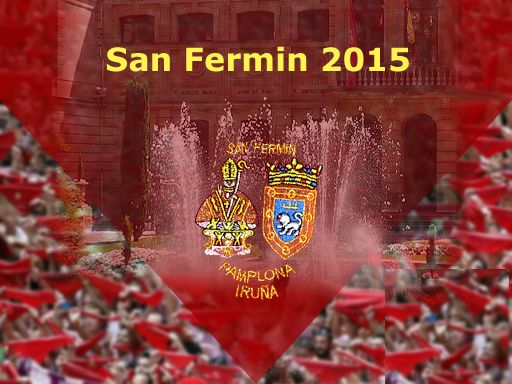 Welcome to the Festival of San Fermin
This goes way back (1700 odd years) and there's not a lot around about it. San (Saint) Fermin was the first bishop of Pamplona. There are also traces of him in England. Fermin's head was removed from his shoulders in Ameins, France in September 303AD. He became the Patron Saint of Navarra, where Pamplona is the capital.

Fairs are held from the beginning of summer in Pamplona and have been for a long time. Originally a festival and cattle markets, now it is a week long celebration with a huge amount going on. 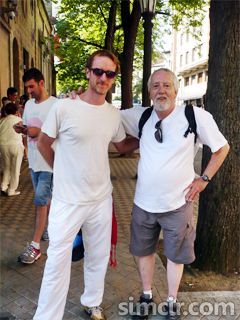 The first three days I had Greg Rodgers with me. We both had never seen anything like it anywhere. He flew in from Chang Mai via Barcelona en-route home to the States. It was good to finally meet him.

Kick off
This takes place on the 6th of July at noon. The firework is launched and you don't put your red scarf on until after that.

It's mainly a day of parades and the like. You will get very messy. Confetti, Sangria, water and a weak mustard mixture is thrown all over you—and you throw some too (usually Sangria, beer and cheap rotten champagne). The old town center streets are swimming in the stuff. 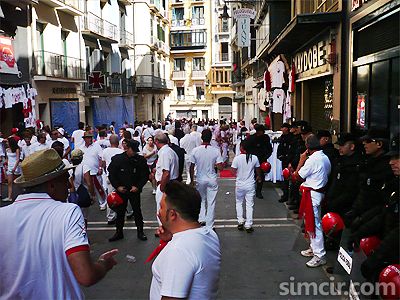 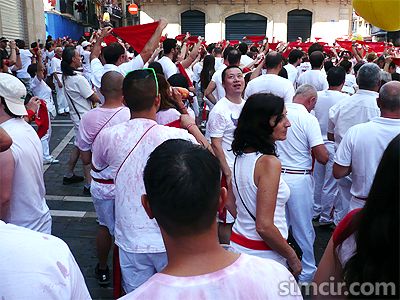 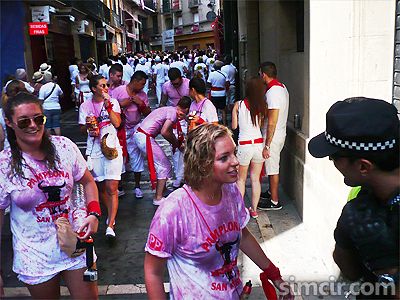 It is a huge fun thing that goes on for many hours (like 18). Everyone wears white clothes and red scarves with a red waist sash on the left side (the white is usually totally wasted by the liquids that get thrown on you). I loved it—even though I was taking a lot of photo's and tried to keep my camera dry (and clean).

All the other days begin at 0645 in the morning.

This is a party and more
Pamplona has a population of 200,000. About a million extra are here each day. They come from all over the world. All sizes, shapes and ages. Family reunions are held, old friends get together, children have a ball and backpackers party their hearts (and brains) out for 9 days. 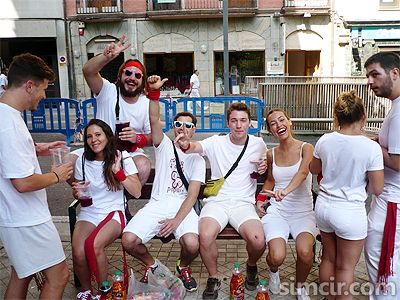 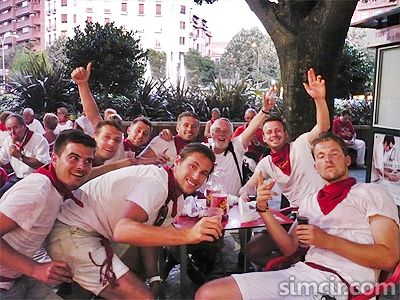 There are parades, concerts (all different kinds of music), dancing, musicians on the streets, theatre, Masses and so many things going on—all at the same time, that it's hard to keep track of it all. Schedules are spread out over the festival time so that you can come for 2 days and not really miss much.

There is a lot for the children, including one day specially for them (I'll cover that in part II). 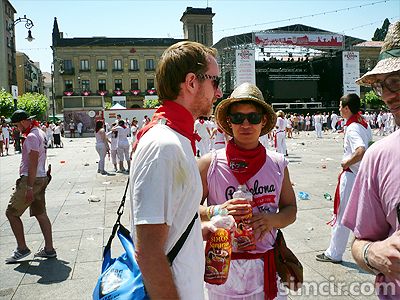 You also get to meet a lot of different people. 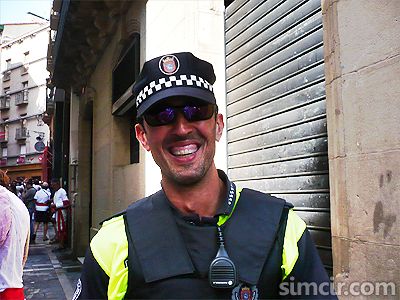 The local cops also have some fun. 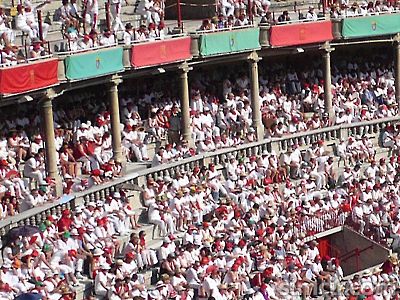 The white and red is a leveller (everyone is wearing mostly the same), plus in the bull ring it doesn't half change the light. 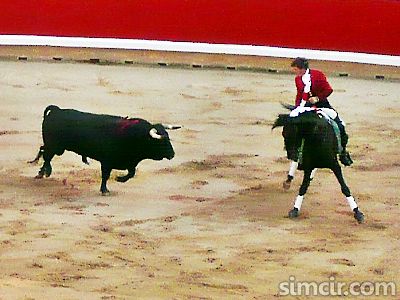 This is one of the Dancing Horse, Matadors. The horse went all round the ring sideways and kept ahead of the bull. I have never seen horsemanship like this before, anywhere. 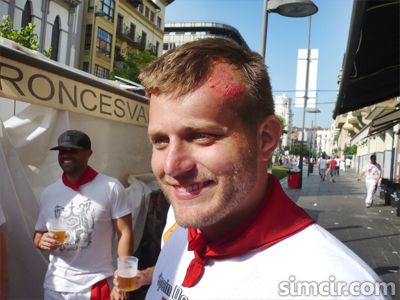 Chad was doing well, until the bull ring.
Then, there was this bull. He's grinning here...
I showed him the foto (he hadn't seen the wound). 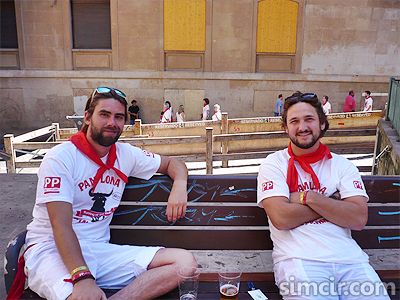 Guy and Gareth are from New Zealand. They have just begun vagabonding around the world for some years.

What to look out for
While all this fun is going on there are a few things you need to know. Normally Pamplona is okay, but during San Fermin the thieves arrive. Keep your valuables safe. A Polish guy I met had his backpack stolen, so even big stuff goes.

The portable WC's may be handy, but—make sure you do not flush the thing until you have opened the door and are ready to move. Otherwise you will get sprayed with water and "stuff" from the stomach down—I had a urinary tract infection as a result of one of these things. 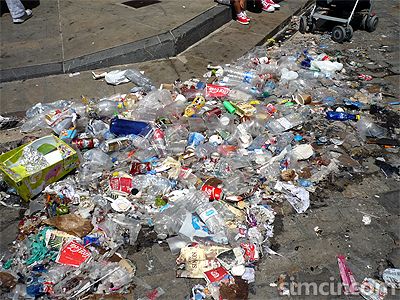 You will soon learn quickly to watch where you walk.
The Pamplona street cleaning service is very good, but the ground soon becomes littered again with bottles etc.
Greg and I wore ourselves out the first three days. He headed for home and I chilled for a day. Then started hitting all the other stuff.

San Fermin 2015 Part II
Jul 11, 2015
More posts from: The Basque Country
San Fermin 2022 A bit too long in Legarda Back on the road The last page is missing Pamplona without the leaves A festival and change of plans 3 hours in Artajona Durango Buses and a concrete artist Seven and then Faces of the San Fermin Walking Pamplona's City Walls 5 Tips for Surviving the San Fermin The Walls of Pamplona Bolivian Festival of the Virgin Urkupina Cold beer, silence and a water snake Olite in the afternoon Oronoz-Mugaire to Legasa by foot Narrow streets and ancient churches Two hours in Beasain San Martin in the mountains Sunday afternoon stroll San Fermin 2015 - Part II San Fermin 2015 - Part I The artist and the shopkeeper Pamplona's Old Town Festival Back to Basque A short stay in Pamplona