San Martin in the mountains

The bus had stopped right across the road from the church of St. Martin of Tours. Unfortunately I could not get inside, which is a pity because it contains quite an impressive Baroque Organ. So I stayed in the plaza for a few moments to get my bearings. 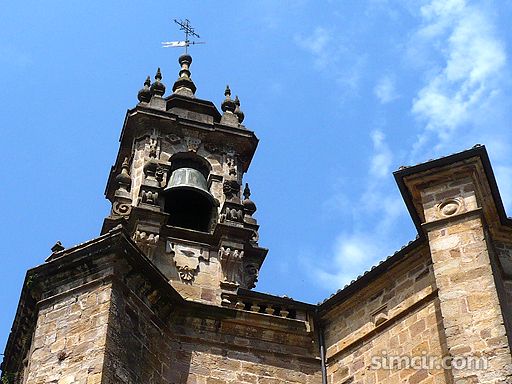 Here is cooler than Pamplona, nearly an hour's ride away. I was higher and the air so much fresher. 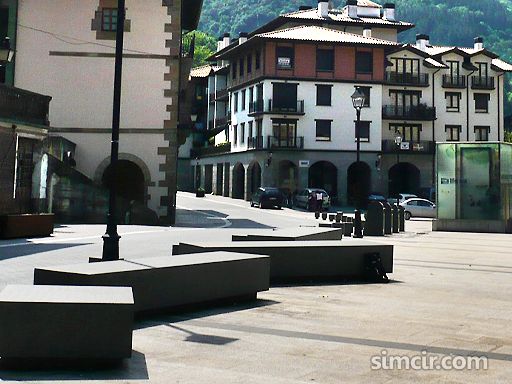 Next to the church is a plaza.
Very clean and quite modern in contrast.
A pause to get the feel of the place and then I just wandered around for a bit. San Martin is the largest of three small towns in an area named Ataun (pronounced Ahtown). They stretch along the road for some kilometres. From the Beasain direction you have San Martin, San Gregorio and Aia (a short drive off the main road).

Normally the towns and places here have two names. The Basque name and a Spanish one. San Martin is different, in Basque it is, San Martin. The few people I met were very friendly and I found it quite a relaxing place. 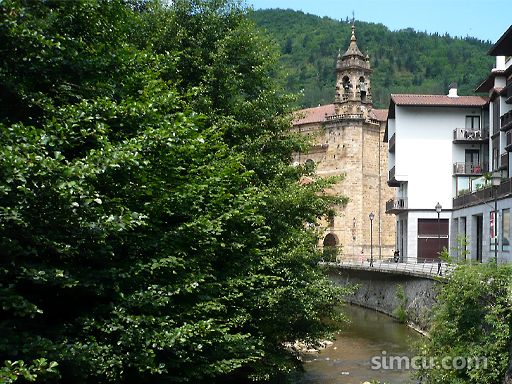 ... and a river runs through it. You can walk alongside.
It is full of small Catfish.
Some roads enter the main one from the mountains. I took one and walked along it for a bit, looking for somewhere I could stop and eat my sandwiches. 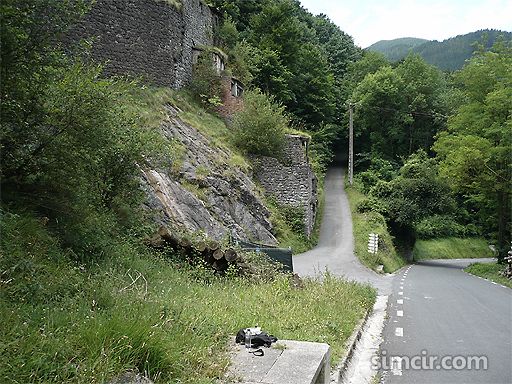 Where I stopped for lunch and a "sit and stare", then walked back downhill to San Martin for the return bus.

Once back in town, I had enough time to grab a cup of coffee here. A woman who worked there spoke English. She had worked in Ireland and London some years ago. I had the privilege of signing a guestbook that was over 100 years old. 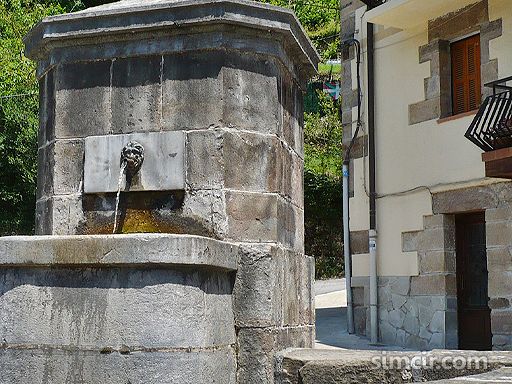 On the way back to the church building (where the bus stops), I saw a fountain and filled my bottle with the water. It was so delicious that I drank a whole bottleful and refilled again. Mountain spring water. The small creeks (not the larger rivers) between many of the mountains have water that is drinkable—just dip your hand (or bottle in) and drink. Very refreshing.

While waiting for the bus (it was 15 minutes late), I spoke with a couple who live in the area and like to hike around in the steep mountains. It was they who told me about the drinkable water from the small streams that are all over the place.

Finally the bus arrived and I returned to Pamplona. The air in the Basque Mountains did me good. Loved it.

Update Jul 13, 2016
The bus route from Pamplona has been cancelled.
More posts from: The Basque Country
A Basque farewell San Fermin 2022 A bit too long in Legarda Back on the road The last page is missing Pamplona without the leaves A festival and change of plans 3 hours in Artajona Durango Buses and a concrete artist Seven and then Faces of the San Fermin Walking Pamplona's City Walls 5 Tips for Surviving the San Fermin The Walls of Pamplona Bolivian Festival of the Virgin Urkupina Cold beer, silence and a water snake Olite in the afternoon Oronoz-Mugaire to Legasa by foot Narrow streets and ancient churches Two hours in Beasain San Martin in the mountains Sunday afternoon stroll San Fermin 2015 - Part II San Fermin 2015 - Part I The artist and the shopkeeper Pamplona's Old Town Festival Back to Basque A short stay in Pamplona