Going from a to b in London, at any time, is a pain in the butt. Doing that at 2am is a nightmare. There are night buses, but being dropped off in Trafalgar Square at 3 am is dicey. The place is full of low life and I just didn't want the hassle and then pay a black cab's exorbitant after midnight fare only to have found the train from Paddington station to Heathrow had been changed from 4am to 5am—I wanted to check in at that time.

Compensation arrived in the form of local cab company's standard fare to Heathrow Airport of 56 UKP, at around 4am and off I went. 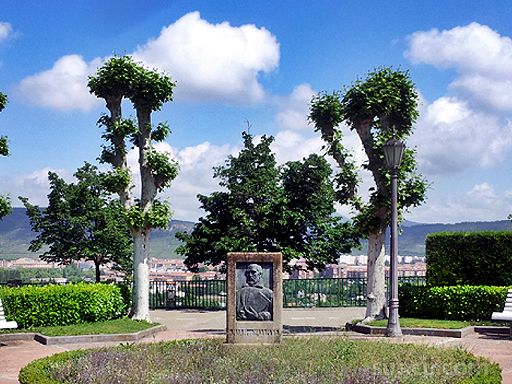 The journey to Pamplona has become a tradition, blog post wise. Previously I've travelled by train, but spending 12 to 20 hours doing that is no more. This time I flew to Bilbao and grabbed a bus. The flight was fine, getting a bus into Bilbao's main bus station easy, wait an hour then grab another for Pamplona. Heathrow to the Xarma Hostel only took 6 hours. This trip was a short one with a special purpose. 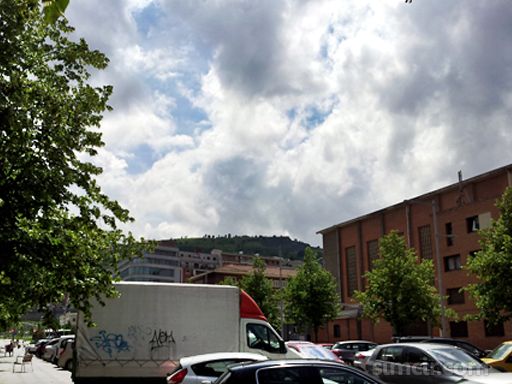 Bilbao, I did very little there except go through it.
One of the people I know in Pamplona has moved to a town in Catalonia and I scheduled four days there. First, however, the stay meant swapping bed locations. Iruná was filled with pilgrims and wedding parties. Most of the wedding people were Basque, the pilgrims (most are just ego travellers) were another matter and the usual up at 4AM to clomp along to the Camino de Santiago with their posed, walking pole, strut—means not much sleep. Somebody told these people that they must use two walking poles and burn up their energy (so they buy more food), clacking along the road, to the rhythm of a commercial con-trick, but there you are that's the 'grim lot for you. I also stayed four nights with the people I rented a room from a couple of years ago and went off wandering in a different direction of the city.

I did meet a mother and son who were different than the usual pilgrims. The son, Curt, runs an NGO https://www.semillanueva.org that provides corn and training so poor people can grow and market it. Great idea. 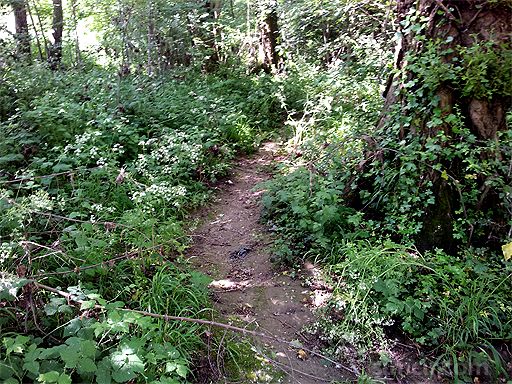 Heading south on a walk one day I ran across an area where only the locals go. There weren't many, just a few out walking their dogs. A steepish, switchback path had me in an area near the river. There were short trails there and I took advantage of them to walk on something other than concrete. 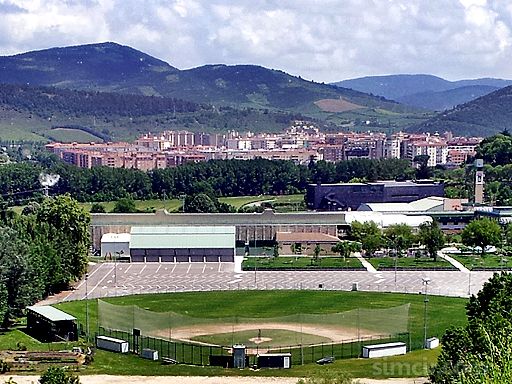 Another day brought a surprise. They have a baseball diamond in Pamplona.

One of my friends has moved to here. I spent some time with Catalán and his wife in their new apartment located in a small town where people live and work. There is one part of it for tourists only, set aside from the rest of it. It was good to see him again. They took me to a number of places on the Costa Brava where we played tourist (they do that to, so I'm not alone in tourist gawking). One of the towns was really nice. 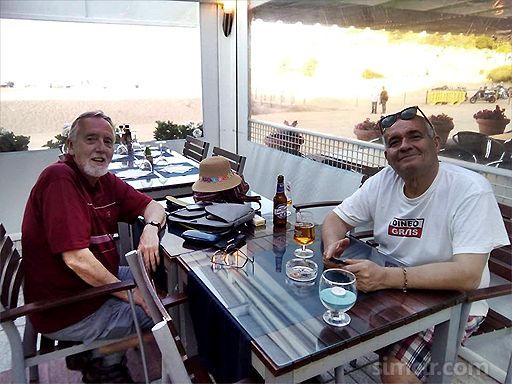 Catalán and I at one of the de Mars.
The Costa Brava is a package holiday area with the usual lot from around Europe. Massive hotels strung along a straight beach for mile upon mile. The trip from Barcelona (which I didn't even waste time with) was a continual "de Mar" to "de Mar" on the single most uncomfortable train I have ever ridden—in my entire life. It was misery amplified! I have travelled for days on third class wooden seats, suffered British Rail's hump backed torture units and bounced around buses, but this one is the worst.

The seat seems to be either solid wood or plastic with only a cover on (no padding), that gap, about half way up, digs right into your spine and I reckon about 10 minutes was all I sat at one time without getting up for a bit of relief. These trains run the length of the coast all the way to France. Consider yourself warned.

The train trip to and from Barcelona is about 4 hours and not too expensive. The main reason for this trip (my seventh one), was to bid farewell to the friends I've made there. It may well be the last time I go to Pamplona (I'd like to go back once in a while though). It's been a good run and the time has come to change direction somewhat. 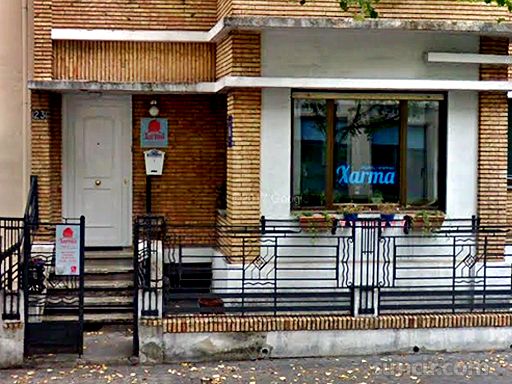 The Xarma Hostel where I often stayed. Will miss the people there.

I can't really say at the moment, because there are a lot of different factors involved. It will take time and may not work out the way I would like it to, so it's all wait and see.

In the meantime, I have a number of blog posts in the wings, waiting to be published—they will go up every now and then just to keep things rolling over.

Jun 30, 2019—Stuff hasn't worked out the way I thought, so am back to "normal".
Jul 05, 2018
More posts from: The Basque Country
San Fermin 2022 A bit too long in Legarda Back on the road The last page is missing Pamplona without the leaves A festival and change of plans 3 hours in Artajona Durango Buses and a concrete artist Seven and then Faces of the San Fermin Walking Pamplona's City Walls 5 Tips for Surviving the San Fermin The Walls of Pamplona Bolivian Festival of the Virgin Urkupina Cold beer, silence and a water snake Olite in the afternoon Oronoz-Mugaire to Legasa by foot Narrow streets and ancient churches Two hours in Beasain San Martin in the mountains Sunday afternoon stroll San Fermin 2015 - Part II San Fermin 2015 - Part I The artist and the shopkeeper Pamplona's Old Town Festival Back to Basque A short stay in Pamplona