Looking at the map I figured the bus journey would be, at best, boring. The town of Beasain was about halfway to San Sebastian. I was wrong.

Another road winds through the Basque Mountains. Hairpin turns along the side of very steep grades meant there was not a straight bit for nearly 20 miles. It was this route the bus took. I had to hang on for dear life as it went around the curves. 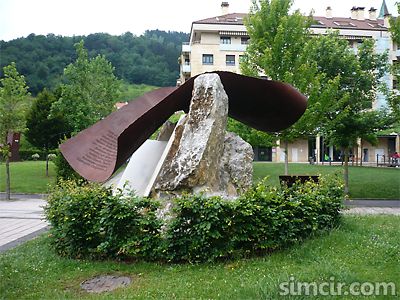 It had rained earlier and the streets were still drying out when I arrived. Clouds were moving over the tops of the mountains all the time I was there. 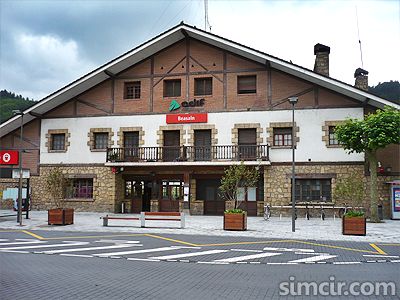 The bus stops (both ways) at Beasain's rail station. 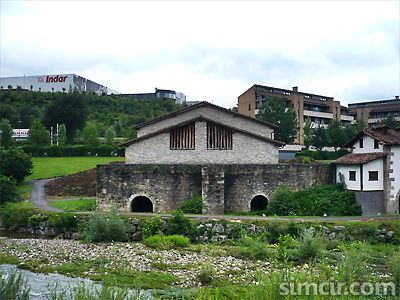 One of two old mills that were once driven by water wheels.
Near the mills is another building. It was there I met a couple from Bordeaux, France. They were hiking through the area. They had taken a break. Also present was a very large and friendly German Shepherd dog (belonging to a local). 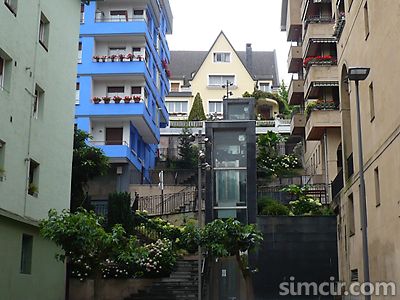 Living in a mountain town means a lot of up and down.
Elevators provide a means of managing the grades when you have stroller with child and shopping attached or are elderly. There are some other colorful buildings in the town as well.

There is a street market near the station. Mainly clothing, but other stuff as well. It was closing up during my visit, so it may only be held in the mornings. I could find no one who spoke English to tell me any more.

Beasain is a central town with a lot of others around it. In some areas it's almost metropolitan. I only had a little over two hours there (during siesta). The bus runs once a day, from what I can gather. The outward trip left Pamplona at 1100 and the return bus left Beasain at 1440. Each way is an hour and fifteen minutes—in good weather.

I only spent time in the central area, where I had lunch and took a few photo's. There were not a lot of people about.

En-route we went through a small town, houses each side that stretched along each side of the road for a little way. The kind of place that looked interesting and decided to visit it. 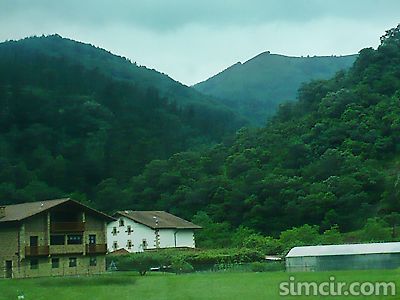 This is about halfway through the mountains.
I grabbed this shot through the bus window.
The Basque mountains are steep, it looks as though the Ice Age didn't hit this area. It's almost a rain forest. 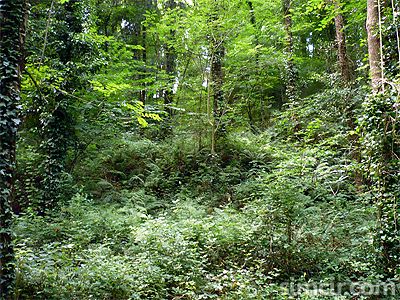 Heavy undergrowth means any off trail work may require a machete (obtainable in Pamplona).
Part of me is very tempted to return to these mountains and spend a couple of months in a small town somewhere. Just to wander around and "be".
More posts from: The Basque Country
A Basque farewell San Fermin 2022 A bit too long in Legarda Back on the road The last page is missing Pamplona without the leaves A festival and change of plans 3 hours in Artajona Durango Buses and a concrete artist Seven and then Faces of the San Fermin Walking Pamplona's City Walls 5 Tips for Surviving the San Fermin The Walls of Pamplona Bolivian Festival of the Virgin Urkupina Cold beer, silence and a water snake Olite in the afternoon Oronoz-Mugaire to Legasa by foot Narrow streets and ancient churches Two hours in Beasain San Martin in the mountains Sunday afternoon stroll San Fermin 2015 - Part II San Fermin 2015 - Part I The artist and the shopkeeper Pamplona's Old Town Festival Back to Basque A short stay in Pamplona